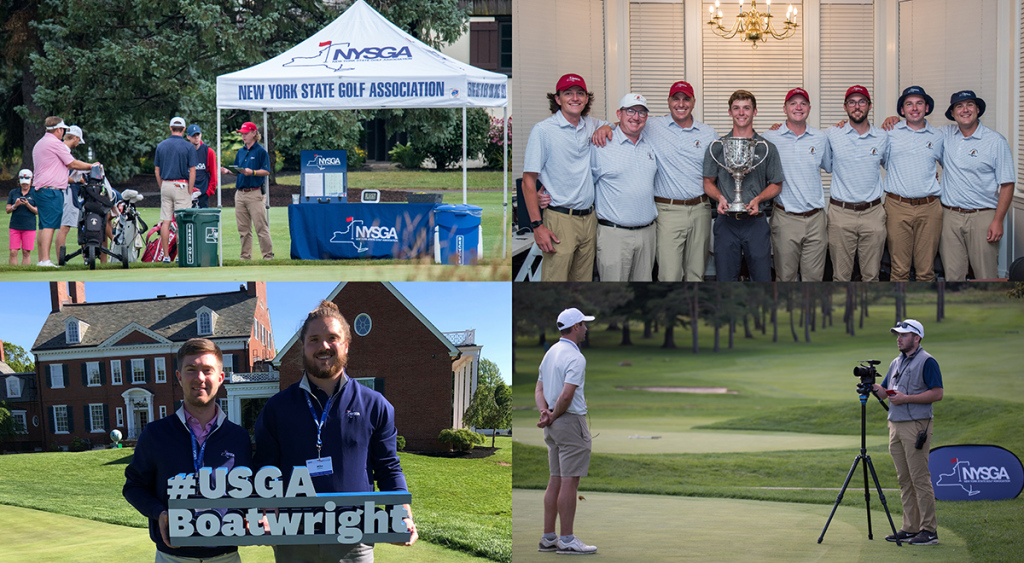 In 1991, the USGA established the P.J. Boatwright, Jr. Internship Program. This program was designed to expose individuals who are interested in pursuing a career in golf administration to the everyday operations of a state/regional golf association.

The NYSGA offers paid seasonal internships each season for tournament administration and communications. By nature of the NYSGA being a smaller golf association, our internships provide a lot of value and experience to individuals in the program.

Many former interns have gone on to successful careers in the golf industry and many state/regional golf association administrators around the country were once P.J. Boatwright, Jr. interns themselves (including four NYSGA staff).

Recent Alumni - Where are they now?