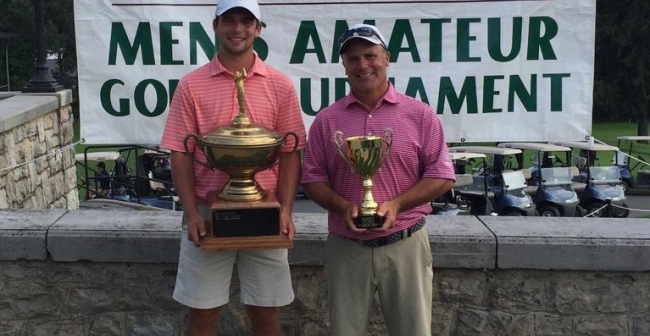 The 82nd SWNY-NWPA Men’s Amateur concluded on August 5th at Bartlett Country Club with a familiar name in the winner’s circle. Zach Chaddock out of Springville Country Club became the first player ever to claim two Men’s Amateur titles by age 20. Zach had won the 80th renewal two years ago at the age of 18. Chaddock, a junior to be on the St. Bonaventure golf team outlasted Marcus Aiello of Indian Hills Golf Club (Corning) 1up after 36 holes of match play. They didn’t play their greatest golf in the finals as it was a grueling 90 degree day but it was an exceptional match to watch as the gallery tipped over 100 spectators throughout the day. 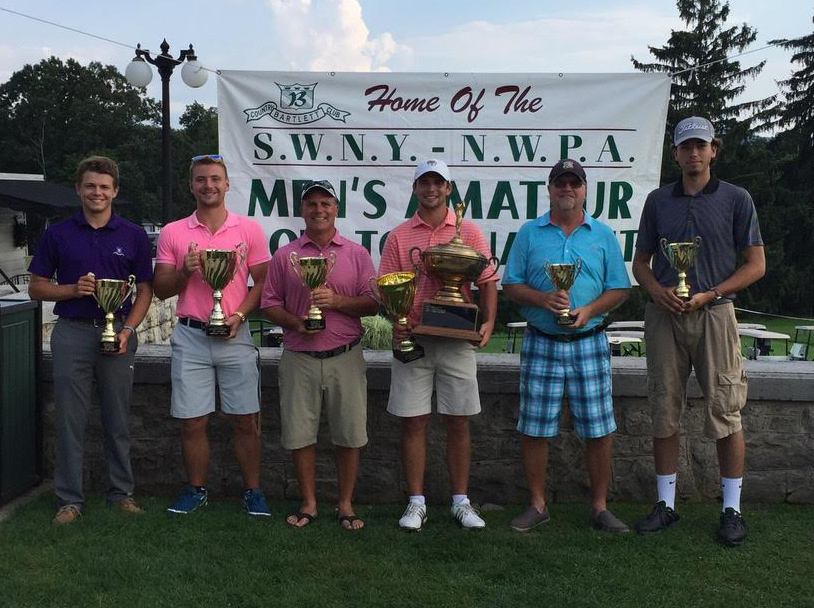 Jon Chaddock (Springville), Zach’s father won the Championship Consolation Flight, this was a first as well, father and son flight winners in the same year.  Nolan Ditcher out of Cardinal Hills and also a Bona golfer was Medalist on qualifying day with a 2 under par 68, the cut for this year’s championship flight was 79. This year’s urnament hit the 100 mark for the first time since 2012 and the committtee see’s that trend as a positive movement, the over 60 flight was a hit this year again and next year for certain there will be a separate over 60 flight and depending on the amount of entrants it will be a 16 or 32 man flight. 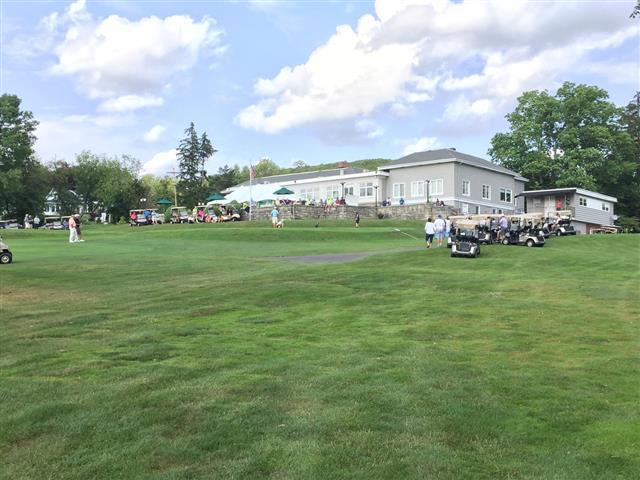 In changing with the times as our local population age, the committee is also exploring a 45 to 59 year old 8 man consolation flight, this means’s if you were to lose your first match after qualifying the top 8 qualifiers that lose on Thursday would then be seeded for that consolation flight. Over the past 20 years the tournament has raised money(over 300,000 dollars) for two non profit organizations, The Rehabilitation Foundation and Homecare and Hospice Foundation, this year the tournament will once again be able to give 20,000 to the two organizations. For more information visit www.swnynwpa.com. 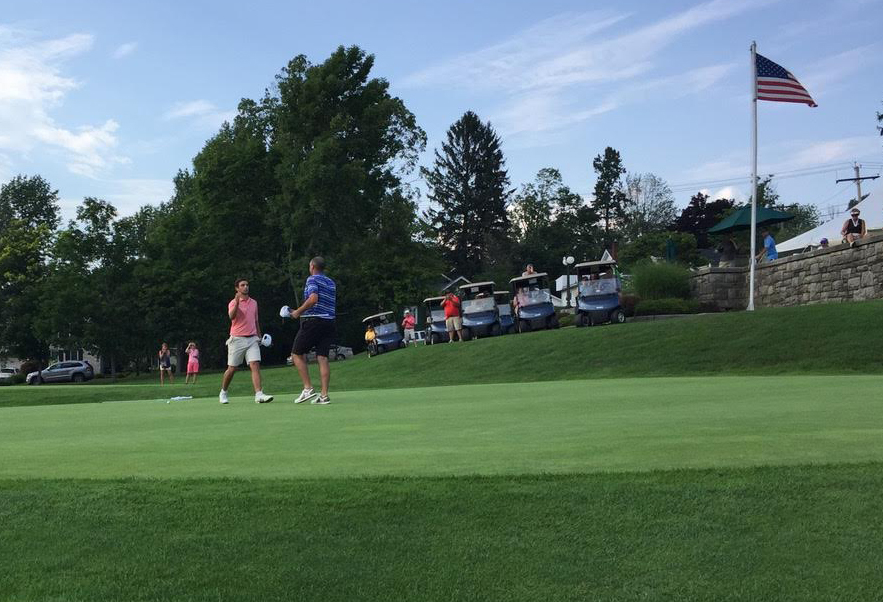