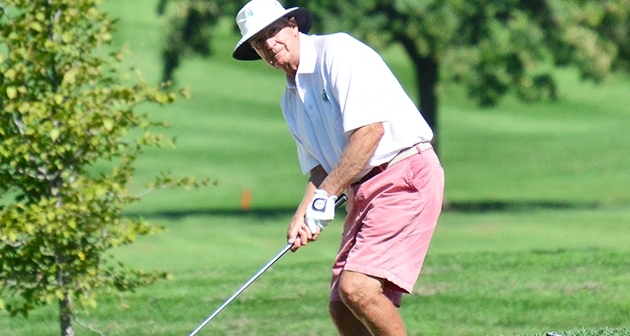 Silver was a top player in the region for decades, as well as a strong contributor to the game, serving as a past president and board member for the Buffalo District Golf Association (BDGA).

He belonged to Niagara Falls Country Club, where he won twenty-nine club championships, and served as the Porter Cup’s Senior Tournament Director since 1994.

He had great success as a player in the premiere amateur event at Niagara Falls, qualifying for 36 consecutive years beginning in 1970. He completed the “trifecta” for senior players this past summer by winning the Legends Division (70+), to complement to his Super Senior win in 2012, Senior title in 1996. His best finish in the Porter Cup was third place in 1983.

The Buffalo-area resident brought his talents to the national level as well, qualifying for 12 USGA Championships over his career, posting eight top-10 finishes and four top-5 finishes in the National Senior Amateur Tournaments, and was the 2002 National Senior-Junior Champion. These accomplishments brought him a #13 ranking nationally in 2002 for Senior Amateurs, ranked by Golf Week magazine. Other wins came at the Senior Chesapeake Cup in 2004, the 2009 Chechessee Creek Senior Invitational, the Super Senior winner at the 2010 Sunnehanna Senior Invitational, and the 2017 U.S. Senior Challenge Man of the Year.

Born and raised in Copper Cliff, Ontario, he excelled at both hockey and golf from a young age. He won the 1966 Northern Ontario Men’s Amateur, and Junior Amateur twice in 1959 and 1961. Decades later in 2002, he was named the Ontario Senior Player of the Year.

Silver attended Clarkson University and was a leading member of both the hockey and golf teams in the late 1960’s. He was the Golden Knights’ leading medalist for three seasons from 1966-68, and was the Independent College Athletic Conference individual champion in 1966 and 1968.

He moved to Lewiston in the late 60's when he began his career as senior engineer at Carborundum Abrasives in Niagara Falls, and became president from 1893 to 1992. He also helped found Exolon-ESK, and was president of Time Release Services Inc. in the 1990s.

He is survived by his wife of 54 years, Connie; his son, David; three daughters, Dena Upton, Carolyn Taluja and Julie Silver; and eight grandchildren.