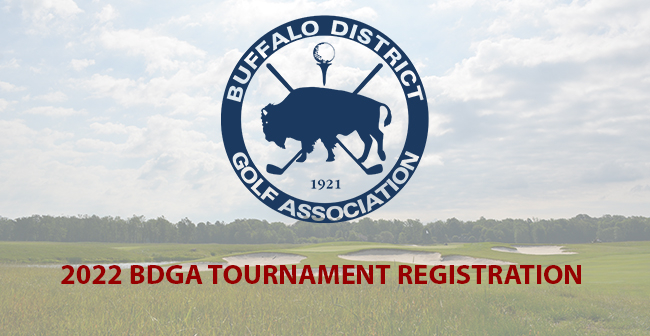 The 2022 BDGA tournament schedule is now open for players to register online. To view the full schedule, with some updates still to come, click here.

The 2022 schedule will feature changes to the to the junior golf program. Junior golfers can earn points through the WNYPGA Junior Tour to represent the BDGA at the Williamson Cup. The BDGA will be eliminating the Interclub Junior Golf Series (IJGS) and will now be counting a player’s top three (3) finishes at WNYPGA Junior Tour events conducted at clubs within the BDGA region*. In addition, players will also have the opportunity to earn points towards the WNYPGA Player of the Year (POY) and the WNYPGA Tour Championship through the BDGA Junior Stroke Play Championship. The BDGA Stroke play will be considered the 4th Major Championship on the WNYPGA Junior Tour Schedule. The two organizations will also be sharing staff and volunteers for some tournaments in 2022 to make the player experience even better.

*To earn points to represent the BDGA at the Williamson Cup, players must compete in the 16-18 year old division of the WNYPGA Junior Tour.

Additional updates on the remainder of events on the BDGA schedule will be announced as they become available.