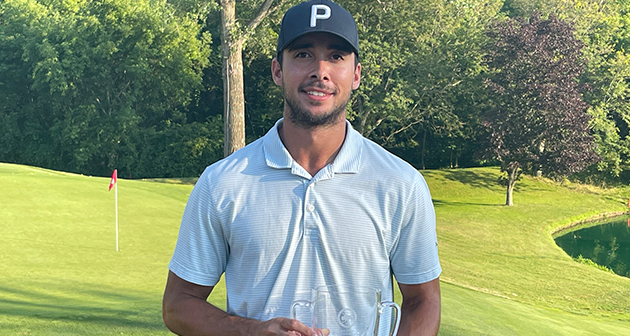 LANCASTER, N.Y. – Andrew Romano of host Lancaster Country Club captured the 2022 BDGA Mid-Amateur Championship with a birdie on the final hole to finish at even-par, 144. Romano was 2 strokes back of Kris Boyes (Cherry Hill Club) heading into the par-4 18th at Lancaster CC,  Boyes went on to make double-bogey from the back of the green and dropped into a 3-way tie for second at 1 over-par, 145. Also finishing at 1 over-par was Tommy Rajczak (NYSGA eClub - WNY) and Jimmy Pizzutelli (Park CC). This is Romano's first BDGA title since capturing the BDGA Jr. Stroke Play Championship in 2008.