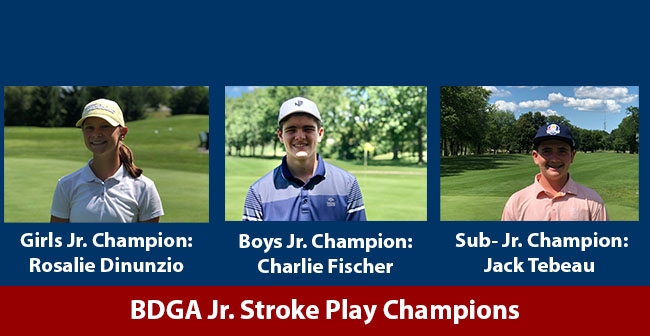 Jack Tebeau of Wanakah CC won the Sub-Jr. division on the 2nd hole of a sudden death playoff over John Giangreco of Tan Tara GC. Both players finished the tournament with a total 12 over-par 154.

Rosalie Dinunzio captured the 2020 BDGA Girl's Jr. Stroke Play Championship with a two round total of 173.