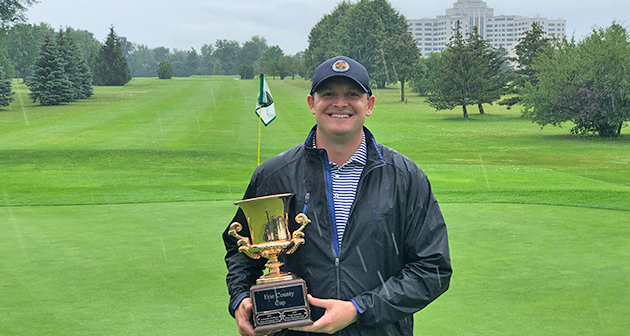 BUFFALO, N.Y.-- Kris Boyes (Sheridan Park GC) shot even-par 69 during round two of the 2021 Erie County Amateur Champion to remain 6 under-par for the tournament, giving him a 2-stroke victory over Tyler Birdd (East Aurora CC). Birdd was the only player in the field to shoot under par in both rounds after carding 67-67:134, finishing the tournement at 4 under-par. However, it was not enough to match Boyes' opening round 63.

Sean Barrett of River Oaks carded rounds of 69 and 70 to finish 1 over-par for the tournament, edging out Jacob Dantonio (Crag Burn) and Will Scherrer (Park CC) by 2-strokes to capture the 2021 Erie County Boys' Championship.