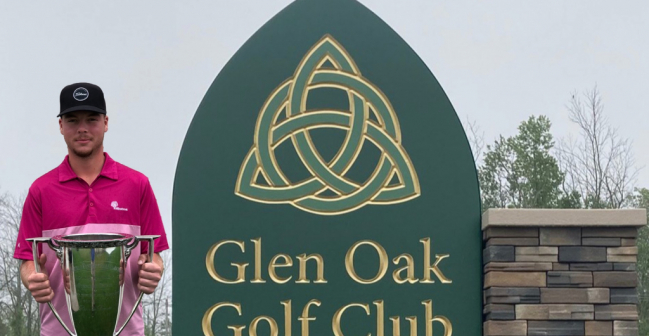 EAST AMHERST, N.Y. -- The 2021 BDGA Individual Championship hosted by Glen Oak was shortened to 36-holes for the Men and 18-holes for the Women due to inclement weather.

Anthony Delisanti of Willowbrook GC won the rain shortened 2021 BDGA Individual Championship, successfully defending his 2020 BDGA Individual Title. Delisanti's commanding 7-under 65 in his second round provided the three stroke win over Ryan Hart of the CC of Buffalo and five strokes over David Hanes of Crag Burn.

Kevin Kaszuba of Shorewood CC earned the Low-Senior honor, awarded to the lowest scoring senior after 2 rounds of play.  Kaszuba edged out PJ Alterio of Niagara Falls CC in a sudden death playoff after the duo finished at 4 over-par.