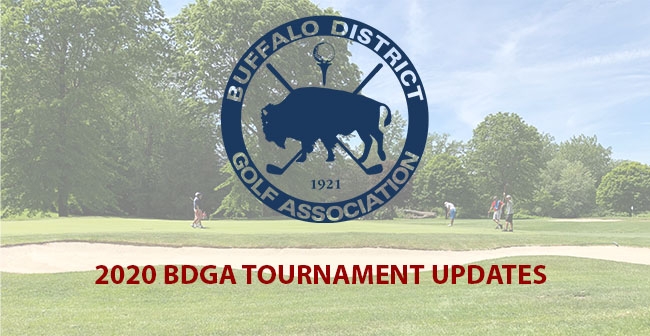 The Buffalo District Golf Association (BDGA) announced updates to its 2020 tournament schedule, due to evolving restrictions and protocols that are in place during the COVID-19 pandemic.

The BDGA has canceled the following events in 2020:

With the cancelation of the 2020 Williamson Cup, scheduled to take place at the Country Club of Buffalo. The association has also decided to cancel the BDGA Interclub Junior Golf Series: Race to the Williamson Cup, which consisted of three individual stroke play events for junior golfers to compete for the chance to represent the BDGA at the annual Williamson Cup Tournament. The BDGA IJGS will return for the 2021 tournament season!

The BDGA plans to conduct the following events listed below in 2020, providing the CDC recommendations and state/local government guidelines make it possible to do so.

The BDGA will also be hosting the following junior championships with significant changes to the format of the event from previous years:

Updates will be provided through our website, social media, and email when appropriate. We thank you for your continued support of the BDGA, and patience during this time!