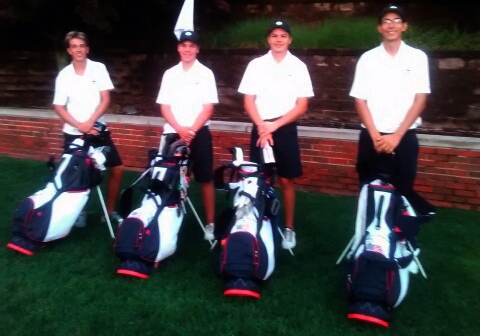 Tuesday August 14 the Williamson Cup was played in Pittsburgh, PA at St. Clair Country Club, one of Western Pennsylvania's most prestigious golf courses.  The team consisted of the top points leaders on the BDGA "Race for the Williamson Cup". The BDGA scored a 36 hole total of +47 479. Matt Jackson 82-81, Anthony Delisanti 81-81, Tyler Edholm 79-76 and Cary Ignaczak 83-80. Buffalo finished 11th out of 11 teams,
In addition to Buffalo, Syracuse, Rochester, Delaware, Metropolitan New York City, Western Pennsylvania, Philadelphia, Ontario, Washington D.c. and Quebec sent teams to the tournament. The 2019 Williamson Cup will be hosted by the Rochester District Golf Association and will be played at Irondequoit Country Club, site of this year's NYSGA Men's Amateur. The 2020 tournamemt will be hosted by the BDGA at a host sight to be announced later this year.
Please visit the Williamson Cup website to read more about the history of the tournament and the 2018 tournament results, which will be posted later this month.
(In the cover photo, the contingent of (left to righ) Matthew Jackson, Anthony Delisanti, Tyler Edholm and Cary Ignczak represented the Buffalo District golf association in Pittsburgh this month.)
« Back to Listing
Play