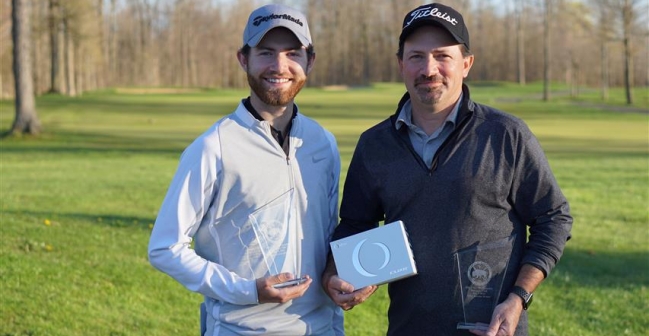 The Buffalo District Golf Association opened the 2018 season with the 2 Man Scramble at Fox Valley CC on Monday, May 7.  The tournament featured a 4 way playoff in the Senior division.  Bob DeWitt and Randy Kramer were victorious on the 4th hole over the teams of Scott Dean and Mike Zybczynski, Jake Glofka and Roy Espinosa, and Ken Riter and Woody Arnold.   All 4 groups shot a 5 under par 67 to get in to the playoff.

In the Open division, John Dantonio Sr. and John Dantonio Jr. took the title with a 6 under par 66.  Mark and Eric Hajnos and Chuck Penepinto and Connor McGinnis ties for 2nd place one shot behind the winners.

In the B division, James Clauss and Steve Achramovitch took the title with a one over par 73, with the teams of Dave Rechin and John Flaherty, and Todd Storey and Paul Schein finishing tied for second.