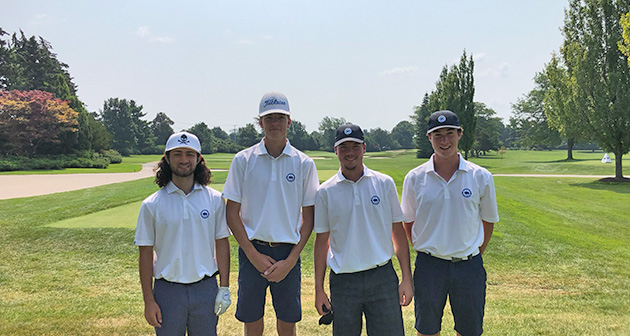 WILLIAMSVILLE, N.Y. --  The Buffalo District Golf Association had the privledge of hosting the 57th Annual Williamson Cup at the Country Club of Buffalo on August 9th & 10th. The Williamson Cup was established in 1964 by A. Fred Williamson, in memory of his father, one of the original founders of the famed Winged Foot Golf Club and a long-time member of the USGA Executive Committee.

The Washington Metropolitan Golf Association took home the Williamson Cup after posting a team total of 15-over 435. Washington Metro was represented by Jake Griffin (Kensington, MD), Bryan Kim (Brookeville, MD) Connor McGarrity (Bethesda, MD) and Marshall Meisel (Chevy Chase, MD). Meisel was awarded the Individual Medalist after posting 70-72 for a total of 2-over 142.