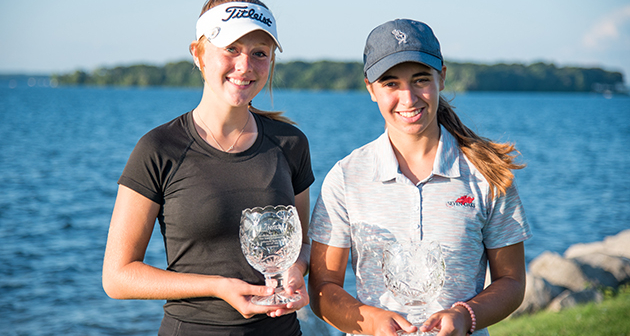 The duo carded a four-under 68 to secure the title. This is each of their first New York State championship victories.

“Julia putted really well today so that helped us out a lot,” Gresham said. “The (four-ball) format is different from what we’re used to. It was a lot of fun to be playing together instead of just by yourself all the time.”

This is the first time Zigrossi and Gresham have teamed up together. The duo combined for seven birdies.

“We’ve played in multiple tournaments back and forth for a couple years and Emily reached out,” Zigrossi said. “It worked well.”

Michelle Krasodomski of The Edison Club and Debra DiMaggio of Ballston Spa Country Club won the low-net category with a combined handicapped score of six-under 66. 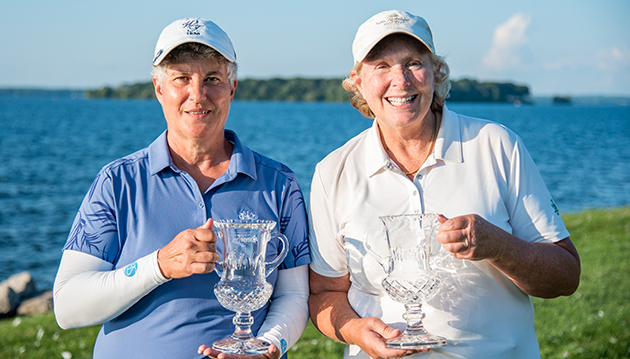 The teammates finished at two-under 70, ahead of Carolyn Mancini & Robin Mead of Binghamton Country Club. The two sides, in addition to Julie Hamm of Sodus Bay Heights Golf Club and Patty Riedel of Penfield Country Club, were all square at even par after nine holes.

Feldman sank a birdie on their 14th hole to give her side the lead, then sealed the victory with another on their final hole.

“I checked the score when we had five holes to go and saw that we were tied for second,” Mayne said. “I didn’t tell Karen and then she birdied the hole...she wanted to know but I didn’t tell her.”

“It’s been an incredible 20 years playing together,” Feldman said. “There are a lot of things you can do with four or five hours in a day but to go out and do something you really love and enjoy the person you’re playing with, it doesn’t get much better than that.”

Wendy Bolton of the LPGA Amateur Golf Association - Rochester and Colleen Roche of Radisson Greens Golf Club won the low-net in the Senior championship with a combined handicapped score of 8-under 64.