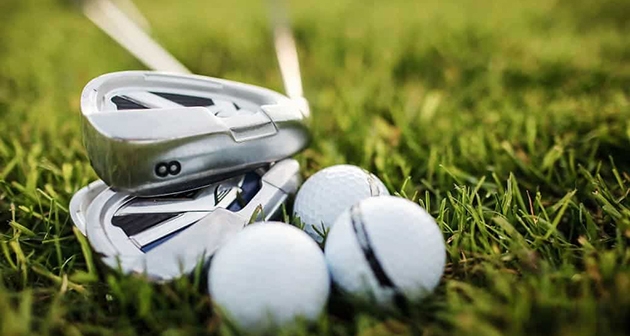 Your Equipment and the Rules – Clubs and Balls

Golf clubs and balls play an integral part in the game of golf. After all, they are the implements directly used by all golfers during a round. A new club or ball can fill a golfer with hope and confidence, yet equipment also frequently takes the blame for poor shots or poor rounds. The interaction between your equipment and the Rules of Golf is something that most golfers don’t pay attention to, so let’s take a closer look.

The first item to note is that all golf clubs used in making a stroke must conform to the requirements laid out in the Equipment Rules. When club manufacturers want to introduce a new club, they send it to the USGA Research and Test Center in New Jersey to make sure that all aspects of the club conform. If a club conforms when new, it will still be a conforming club despite changing slightly over time due to wear and tear from normal use.

If one of your clubs is damaged during a round such that the performance characteristics of the club are changed, you can always continue using that club if you choose, no matter what state it is in. You can also always have the club restored or repaired, even though that is not usually an option for most golfers. Under the Rules, a damaged club normally can’t be replaced. However, it is important to note that there is an optional Local Rule (Model Local Rule G-9) which, when in effect, says that you can replace a broken or significantly damaged club (except when the damage was caused by abuse). The USGA uses this Local Rule in all of its championships, as do most major professional tours and high-level amateur events.

Many clubs today have adjustable features that allow you to change the lie, loft, weighting, etc. These features must be set before the round and must not adjusted once it has begun. You also must not apply any substance to a clubhead (other than in cleaning it) to affect how the club performs.

Probably the most well-known aspect of the Rules regarding golf clubs is the 14-club limit. You must not begin a round, or have at any point during a round, more than 14 clubs. A few related items to note:

Just like for clubs, any golf ball that is used in making a stroke must conform to the requirements laid out in the Equipment Rules. Unlike clubs though, you are free to borrow a golf ball from anyone else, including another player. You are also free to switch to a different ball between holes (but not during a hole).

Even if you are using a conforming ball, there are still some restrictions as far as what you can do to that ball. You must not deliberately change its playing characteristics by doing something like deliberately scuffing the ball or applying any substance (other than in cleaning it).

As you can see, there is more to the equipment that sits in your golf bag than you might realize. If you are interested in learning more about the Rules relating to clubs and balls, or more about other aspects of your equipment, see Rule 4 in the Rules of Golf.