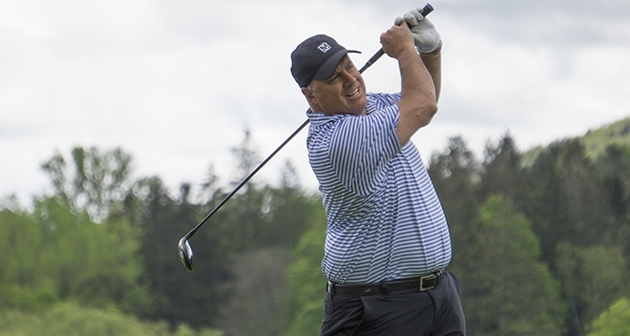 LARCHMONT, N.Y. –  Kevin Vandenberg of Pulaski was one of two New York players who qualified for the 2019 U.S. Senior Open during Tuesday’s sectional qualifier at Bonnie Briar Country Club in Larchmont.

The 52-year-old amateur from Tuscarora Golf Club captured the final spot after a 7-for-1 playoff in a group tied at 73.

This will be Vandenberg's second U.S. Senior Open appearance. He was called up as an alternate for the 2016 championship at Scioto Country Club in Columbus, Ohio. He shot 80-76 to miss the two-day cut.

50-year-old Meehan will make his first appearances in the U.S. Senior Open.

Fellow New Yorkers Mike Caporale of Manahasset, amateur Daniel Russo of Hagaman, and amateur Jay Sessa of Garden City were involved in the playoff with Vandenberg. Caporale grabbed the second alternate spot during the playoff.

The 2019 U.S. Senior Open will be played at the Warren Golf Course at Notre Dame in South Bend, Indiana on June 27-30.