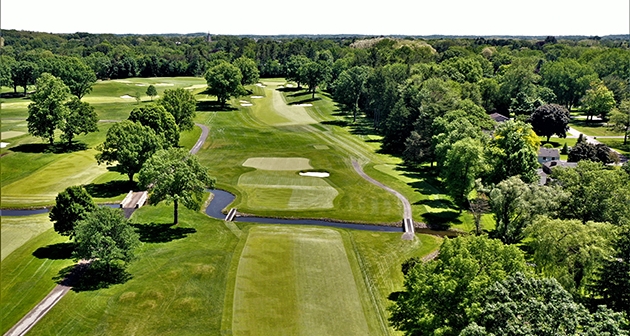 Oak Hill, where in 1989 Curtis Strange became the first player in 38 years to successfully defend his U.S. Open title, will host its third U.S. Amateur and seventh USGA championship in 2027. The East and West Courses will be used for stroke play and the East Course will be used for match play. The championship is scheduled for Aug. 9-15.

“We are excited to return to both Oak Hill Country Club and Southern Hills Country Club, places with incredible USGA championship pedigrees that have produced storied U.S. Open champions,” said John Bodenhamer, USGA senior managing director, Championships. “The memberships of these clubs and each community’s unbridled enthusiasm will lend themselves well to what we are sure will be two extraordinary championships.”

Oak Hill Country Club has been associated with some of the greatest champions in U.S. Open history. With his victory in 1989, Strange became the first player to win back-to-back U.S. Opens since Ben Hogan. His 72-hole score of 2-under 278 was one stroke better than three players as he rallied from three behind at the start of the final round. Cary Middlecoff won his second U.S. Open in 1956 and Lee Trevino captured the first of his two Open victories in 1968. Two U.S. Amateurs and one U.S. Senior Open have also been conducted at the club. Charlie Coe won the 1949 Amateur, while Hank Kuehne was the U.S. Amateur champion in 1998. Miller Barber won the second of his record three U.S. Senior Open titles in 1984.

Founded in 1901 on the banks of the Genesee River, Oak Hill moved to its present site in 1926. It was at that time that the Donald Ross-designed East and West Courses debuted. Over the years numerous changes have been made to the East Course, and in 2019, Andrew Green completed a restoration of the course.

“Oak Hill is thrilled to host the 2027 U.S. Amateur Championship on our East and West Courses,” said Dr. David Fries, club president. “The newly restored East Course features strategic tree management, wider playing corridors, bold bunkering and imaginative putting surfaces. We anticipate it will provide a stern, but thoughtful examination for the best amateurs in the world. We are also delighted to rekindle our relationship with the USGA, which dates to our first U.S. Amateur in 1949. Our membership has always longed to bring back this championship as the more intimate setting and match-play format allow for incredible spectating and excitement.”

Southern Hills Country Club, which was designed by Perry Maxwell, opened for play in 1936 and is situated on land that was donated by wealthy oilman Waite Phillips. There have been several course modifications over the decades, including a recent restoration by Gil Hanse. In addition to three U.S. Opens, the course hosted the 1946 U.S. Women’s Amateur, when the legendary Babe Didrikson Zaharias defeated Clara Sherman, 11 and 9, in the championship final. Zaharias would go on to win three U.S. Women’s Open titles.

“We are ecstatic for the opportunity to host another U.S. Women’s Amateur, a championship that is not only a staple of amateur golf, but a part of our club’s long history with the USGA,” said Bryan Johnson, Southern Hills club president. “To have the opportunity to continue this legacy, one that began with Babe Didrikson Zaharias winning the championship here, and showcase our course and hospitality to the best amateur players in the world, is something our membership is extremely proud of.”

Southern Hills has also been the site of four PGA Championships, including wins by past U.S. Open champions Tiger Woods in 2007 and Raymond Floyd in 1982. Dave Stockton (1970) and Nick Price (1994) also won PGAs on the course. It was recently announced that Southern Hills will host the PGA for the fifth time in 2030. Oak Hill has been the site of three PGA Championships (1980, won by Jack Nicklaus; 2003, won by Shaun Micheel; and 2013, won by Jason Dufner) and is scheduled to host again in 2023. The club also hosted the 1995 Ryder Cup Matches, won by Europe.

The 120th U.S. Amateur will be played Aug. 10-16, 2020 at Bandon Dunes Golf Resort, in Bandon, Ore. The championship will be conducted on the Bandon Dunes and Bandon Trails courses.