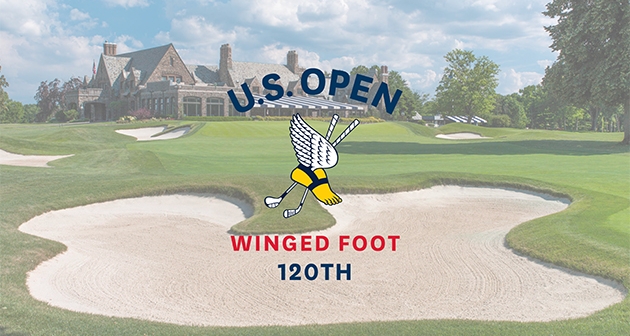 LIBERTY CORNER, N.J. – The United States Golf Association (USGA) today announced the exemption categories for the 120th U.S. Open Championship, which will be contested Sept. 17-20 at Winged Foot Golf Club (West Course), in Mamaroneck, N.Y. As previously announced, the 2020 U.S. Open field will be comprised entirely of exempt players due to the impact of the COVID-19 pandemic.

“The decision to cancel local and final qualifying for this year’s U.S. Open was deeply disappointing, but we are pleased to still provide the world’s best professional and amateur players the opportunity to compete for this historic and coveted championship,” said John Bodenhamer, senior managing director, Championships. “The exemption categories for this year’s championship at Winged Foot Golf Club were carefully developed to mirror a representative U.S. Open field, and we are excited that players will still have an opportunity to earn a place in the field through a variety of categories.”

In addition to the customary U.S. Open exemptions, the 2020 field will include the top 70 point leaders and ties from the Official World Golf Ranking (OWGR), as of March 15, instead of the usual top 60. Players who are not already exempt can earn places by their performances in the following events on the PGA Tour schedule: The Memorial, 3M Open, WGC-FedEx St. Jude Invitational, Barracuda Championship and Wyndham Championship, as well as the PGA Championship (Aug. 6-9).

This year, exemption categories will include the PGA Tour’s FedExCup final points list (top 5), the Korn Ferry Tour’s regular-season points and finals (top 5 in each), the European Tour’s UK Swing (top 10 in aggregate points for first five events) and the PGA Professional Championship (top 3). Final 2019 Order of Merit categories for the Japan Golf Tour, Sunshine Tour, Asian Tour and Australasia Tour will help to round out the field of 144 players.

An average of 15 amateurs have competed in the last five U.S. Opens and at least 10 amateurs have competed in 12 of the past 13, including 2018 U.S. Amateur champion Viktor Hovland, who tied for 12th last year at Pebble Beach (Calif.) Golf Links. The World Amateur Golf Ranking® will be utilized to round out the amateur contingent at Winged Foot, as the top seven point leaders who are not otherwise exempt as of Aug. 19 will be added to the six amateurs who are currently exempt.

Remaining spots in the championship will be filled using the OWGR, as of Aug. 23. More information on exemption categories and the entry application process can be found in the Frequently Asked Questions (FAQs).

A full list of U.S. Open exemption categories can be found on usga.org and usopen.com. Exempt players must file an entry. Entries will open Wednesday, July 15 and close Wednesday, Aug. 26 at 5 p.m. EDT.

Exemption categories for the 2020 U.S. Women’s Open, to be played Dec. 10-13 at Champions Golf Club, in Houston, Texas, will be announced next week.