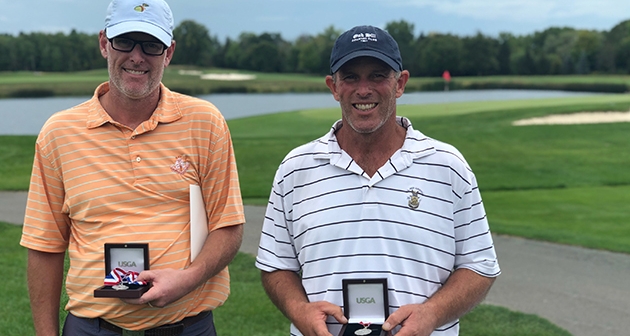 Eighty players, paired into forty teams of two, teed it up with the hopes to earn one of two qualifying spots into the 2019 championship at the acclaimed Bandon Dunes Golf Resort in Bandon Oregon, May 25 – 29, 2019.

Duo Shawn Baker of Rochester & Jim Scorse of Churchville collaborated for a 6-under 66 on the Robert Trent Jones, Sr. layout and earned medalist honors.

Two teams finished tied at 67, including Camillus’ Connor Salanger & Syracuse-native Kyle Roy as well as Andrew Fretthold of North Tonawanda & Nathan Peck of East Aurora. The two teams battled throughout a four-hole playoff before Salanger & Roy secured the qualifying spot with a birdie on the par-4 eleventh.

Fretthold & Peck will be the first alternate. Michael Boyczuk of Orchard Park & John Olszewski of Pennsylvania finished as second alternate after a two-hole playoff with Ryan Glazier of Rush & Michael Rogers of Batavia.