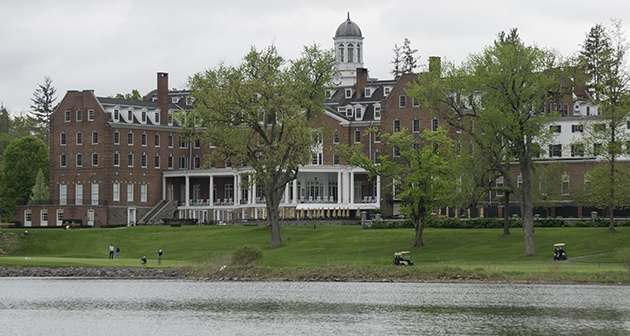 The duo carded a 7-under 65 to lead by a stroke over Shaker Ridge Country Club’s Corey Purcell & James Jackson (66).

The defending champions, Jonathan Clark & Jeff Wolniewicz of Crag Burn Golf Club, sit three strokes back of the opening round leaders at 4-under 68.

Tom Blank & Mark Dugan of Oak Hill Country Club, and John Miosi & Michael Grace of Brookfield Country Club both sit a stroke off the lead at 69.

The defending champions, Kevin Webb of Mendon Golf Club & Bob Branham of Canasawacta Country Club, are two strokes back after posting an opening 2-under 70.

Tomorrow the field will tee off at 9:00am as a shotgun start for the final round of the championship. Winners will be selected in both the open and senior division, with the open division champions earning exemptions into the 2018 New York State Men’s Amateur at Irondequoit Country Club and the 2018 New York State Men’s Mid-Amateur at Wanakah Country Club.