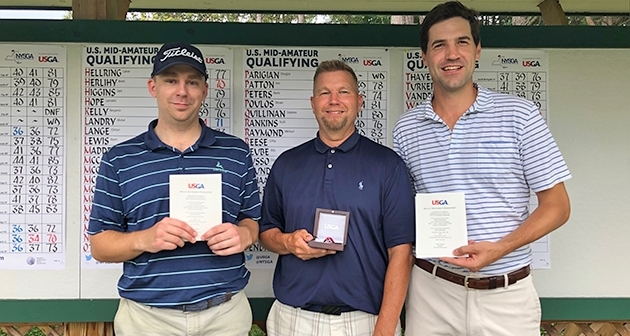 Three Qualify For 39th U.S. Mid-Am Out of Glen Falls

The trio will head to the United State Golf Association championship in Colorado where they’ll compete on Colorado Golf Club in Parker and co-host CommonGround Golf Course is Aurora, September 14 – 19, 2019.

Michel Landry of Canada grabbed the first alternate position after posting an even par 71.

2017 NYS Men’s Am Champion Adam Condello of Fairport and Christopher Haggerty of Pennsylvania competed in a playoff for the second and final alternate position. Haggerty captured the spot on the first hole.