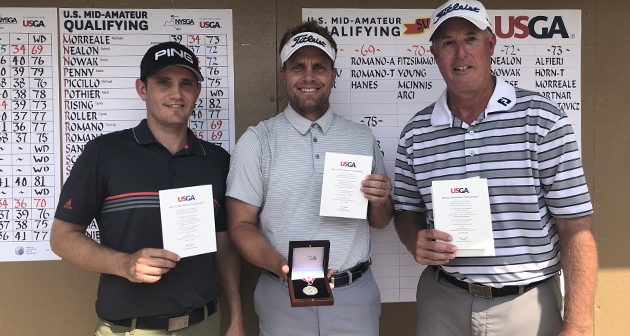 Three Buffalo-area players finished at 69, and went to a playoff for the two alternate positions including brothers Andrew and Thomas Romano, as well as three-time NYSGA champion (Sub-Junior in 2000, NYS Four-Ball co-champ in 2015, 2018) Billy Hanes.