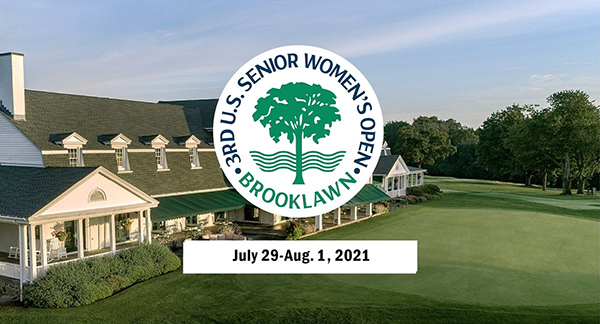 The U.S. Senior Women’s Open is a 72-hole, four-day stroke play competition. The starting field of 120 players will be cut after 36 holes to the low 50 scorers and ties. In the case of a tie after 72 holes, a two-hole aggregate playoff will follow. Brooklawn Country Club in Fairfield, Conn is set up at 6,011-yards with a par of 72. The winner will receive an exemption into the 2022 U.S. Women’s Open at Pine Needles Lodge & Golf Club (June 2-5)

Brooke finished T3 at a sectional qualifier in Connecticut, shooting a 77 to earn a spot in the field. She was named the 2018 LPGA Professional of the Year, having spent over 30 years in golf as a player, golf professional and facility owner. She owns the Golf Channel Academy, with a strong emphasis on the promotion of youth golf. As a player, she’s competed professionally on the former Futures Tour and Players West Tour. She earned All Big-10 honors while playing at the University of Iowa and represented the United States at one point as a member of the University World Cup Team.

Bartholomew earned an exemption because she finished in the top ten of the 2019 Senior LPGA Championship. When she was an amateur, she won the 1988 NYS Women’s Amateur at Drumlins Country Club and finished runner-up at the 1988 NCAA Championship.

Bartholomew has been a part of the LPGA since 1996. She turned pro in 1990, first playing on the Women Professional Golfers’ European Tour. In 1995, prior to joining the LPGA Tour in 1996, she finished T28 at the U.S. Women’s Open.

Davis was initially named an alternate after nearly qualifying in an Ohio sectional qualifier. She ended up earning a spot in the field, having competed in the 2019 championship as well. She currently is the head coach of the Medaille College men’s golf team, and has participated in LPGA events in the past. She won the LPGA Teaching & Club Professional National Championship, while also qualifying for two U.S. Women’s Open Championships and the LPGA Championship.

Listed below are tee times in Eastern Time for the group's opening rounds of the U.S. Senior Women’s Open: