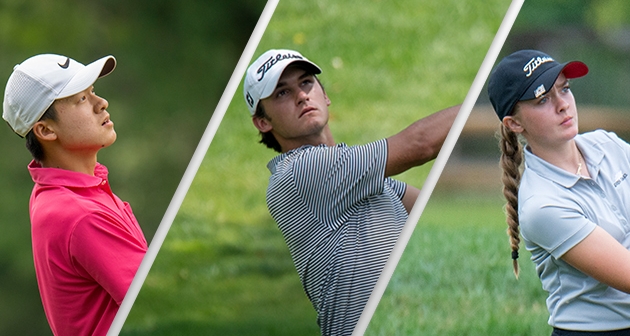 WEST PALM BEACH, FLA. – Each year the American Junior Golf Association (AJGA) hosts a year-end invitational for the top juniors around the country in conjunction with the Rolex Junior All-American Awards Banquet, known as the Rolex Tournament of Champions.

This year, the 41st edition was played at PGA National Resort & Spa in West Palm Beach, Florida on November 17-22. The field was made up of the top 144 junior golfers in the world from 26 states and 16 countries.

Representing New York in the boys’ division was Will Thomson of Oak Hill Country Club and Adam Xiao of Old Westbury Golf & Country Club, and in the girls’ division, Bailey Shoemaker of Seven Oaks Golf Club.

Thomson, finished the 72-hole stroke play event tied for 15th at 5-over 291. His best score of the week was a 3-under 69 he posted during round three of the invitational. Xiao struggled throughout the tournament, and finished in 72nd at 323. Shoemaker, who was the youngest player in the entire field (which has been a trend for Bailey), finished tied for 63rd at 316.

Thomson, who won the 2018 NYS Men’s Amateur title, heads to University of Texas to join their Men’s Golf program in 2019. He was invited to the Tournament of Champions after earning a 2018 Rolex Junior All-America Honorable Mention by the AJGA. He’s currently ranked 39th in the Rolex Junior Golf Rankings.

Xiao won the 2018 NYSPHSAA state title at Cornell University Golf Course. He was recognized as a Transamerica Scholastic Junior All-American by the AJGA in 2018, which qualified him for the event. He’s currently ranked 114 in the Rolex Junior Golf Rankings.