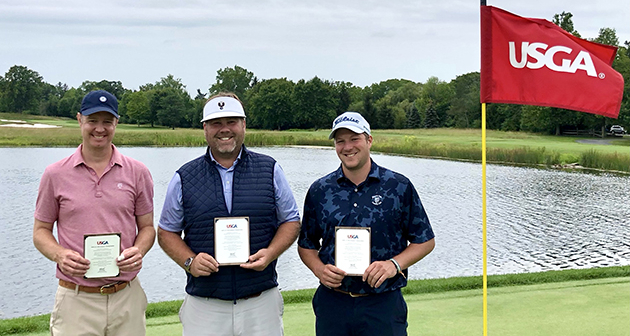 Silver Creek's Jamie Miller fired five-under 67 at his home club to earn qualifying medalist honors. He collected six birdies and an eagle during the round to punch his ticket to the USGA championship. He last qualified in 2018 out of CC of Buffalo, where he was also the medalist.

Three players tied at even-par 72, and played off on the 467-yard par-4 tenth hole to determine the final qualifying position.

Kenmore's Colin Burns won the playoff with a par to secure the the third spot.