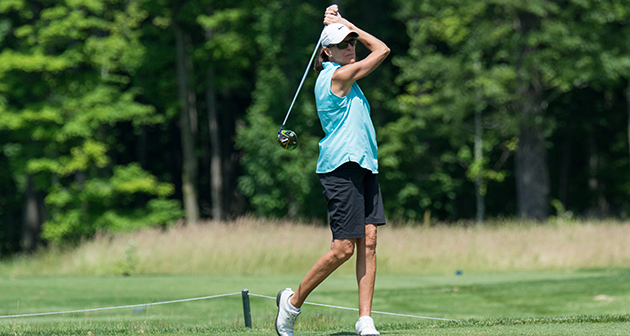 The U.S. Senior Women’s Amateur consists of a 132-player field that will compete over 36 holes of stroke play on Sept. 10 and 11. Afterwards, the field will be cut to the low 64 scorers, followed by six rounds of match play spread out over three days. The championship will conclude with an 18-hole final on Sept. 15. The Lakewood Club’s Dogwood Course is set up at 5,846 yards with a par of 72.

Cleland took home medalist honors at a sectional qualifying event at Tuscarora Golf Club to earn admission to the championship. This marks the Syracuse native’s tenth appearance at the U.S. Senior Women’s Amateur since she became eligible in 2009. She qualified every year in her first six attempts (2009-14), followed by berths in 2016, 2017 and 2019.

In addition, Cleland has qualified for ten U.S. Women’s Mid-Amateurs, making this her 20th USGA championship.

She was inducted into the Greater Syracuse Sports Hall of Fame in 2014.

Listed below is the tee time in Eastern Time for Cleland’s opening rounds of the U.S. Women’s Senior Amateur: