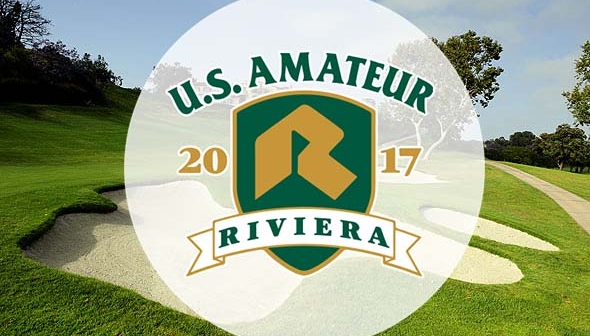 Ten Players from NYSGA to Compete in US Amateur

PALISADES, C.A. - Ten players from NYSGA clubs are set to compete at The Riviera Country Club as well as the co-host Bel-Air Country Club, on Monday and Tuesday for the stroke play qualifying rounds for the 2017 U.S. Amateur.

The sixty-four players that advance through the qualifying rounds will continue into match play, with all six rounds to be played at The Riviera Country Club in Pacific Palisades, California.

The players from NYSGA member clubs competing are:

Derek Bard, who finished as the 2015 U.S. Amateur Runner-up to now-pro Bryson DeChambeau, is one of two exempt players from New York. The other exemption, was earned by recent University of Texas graduate Gavin Hall, who’s ranked among the top 50 in the World Amateur Golf Rankings at 37th. Bard is also in the top 50 and currently ranked 23rd in the world.

At the site of the 2016 & 2017 NYS Boys’ & Girls’ Junior Amateur Championships, Colgate University’s Seven Oaks Golf Club, Arthur Griffin grabbed the second of two spots with a 36-hole 143. The qualifier was held on July 10th.

In Clifton, N.J., at the Upper Montclair Country Club qualifier, James Nicholas received the second of three spots with a two-round score of 146.

At the July 17th qualifier at Huntington Country Club, Gerald Mackedon blew away the field to earn medalist honors with a 36-hole total of 131. Tied for the two other qualifying spots were Kyle Brey and George Zahringer, each finishing at 140.

Also on the 17th at Brae Burn Country Club, Cameron Young was the medalist with 134. This will be Young’s fifth consecutive U.S. Amateur appearance.

Mike Graboyes was the second of who four qualified on July 24th at Stonewall Links in Elverson, Pa. with a two-round total of 139.

At Mendon Golf Club on the 24th, Ben Reichert, was the second of two to advance, carding a 141.

The Riviera Country Club has hosted both USGA and PGA events, beginning with the 1948 U.S. Open which was won by legendary golfer, Ben Hogan. In 1983 and 1995, the club hosted the PGA Championship, won by Steve Elkington and Hale Irwin, respectively. Most recently, in 2012, the NCAA Men’s Division 1 Championship was hosted at the California venue.