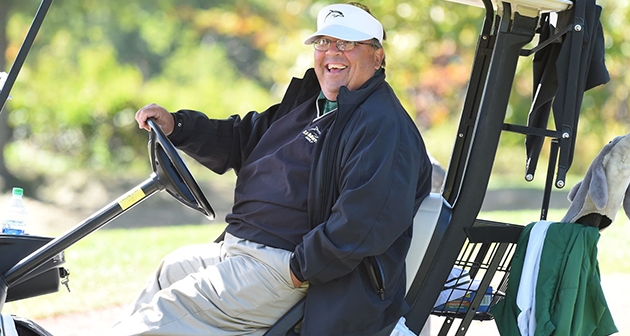 The following profile on Tesori is from the PGA.com:

The PGA Head Professional at The Pompey Club in Pompey, New York, Joe Tesori has made a lasting impression upon his peers, including serving as President of the Central New York PGA Section from 1999-2004. Spanning a 40-year career, Tesori has been a leader and mentor to 15 men and women who have gone on to PGA Member status, including PGA Vice President Suzy Whaley. His mentorship skills earned him the 2016 Bill Strausbaugh Award.

Elected to PGA Membership in 1977, Tesori was a game-changer when it comes to promoting women and minorities within the industry. His first minority hire in the 1980s opened the path for many city school and inner-city golf programs to be initiated within the Central New York PGA Section. Tesori’s Community outreach also extended to media relations, where he was the first CNY PGA Member to have a cable TV show on the PBS Network; to host a call-in radio program and the first to have a weekly column in the Syracuse Post-Standard, which ran for 35 years (1977-2012).

In 1992, Tesori began a public Golf Expo, which operated through 2000, and attracted thousands of area golf enthusiasts. Over the past 25 years, Tesori has coached high school football, a premier prep girls’ golf program, collegiate golf, and spent over 40 seasons as a high school and collegiate basketball official. In 1996, Tesori began a girls’ golf team at Jamesville Dewitt High School and only accepted the men’s golf position at his alma mater, Lemoyne College, if the school would initiate a women’s program.

Born in Syracuse, Tesori grew up in Endicott, New York, and was introduced to golf at age 7 by his father, Charlie, an amateur champion golfer. He was later mentored by a college coaches Bill O’Leary and Mike Bello, and Tesori’s first boss, Earl Maurer, all PGA Members. Tesori graduated from Lemoyne College in 1971. He would go on to compete on the PGA Tour from 1980-81, and also the PGA Tour Champions and European Senior Tour. He is a two-time CNY PGA Section Champion, a three-time Section Senior Player of the Year, and a regular competitor in the PGA Professional and Senior PGA Professional Championships.

IN HIS OWN WORDS: “When I look at the list of decorated and distinguished current members, it is like a look back on my career and the many who taught, mentored, influenced, and guided me along on this 45- year professional journey. I remember that coaching great Jim Valvano once said, “...nothing great will ever be accomplished without enthusiasm.” In my humble opinion, not many bring the passion to their profession, avocation, or volunteer positions that I continue to do each day.”