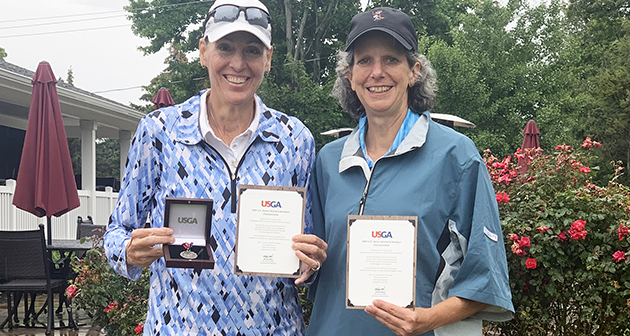 7 players competed for 2 qualifying places and 2 alternate positions into this year's championship at The Lakewood Club in Point Clear, Ala., September 10-15, 2021.

Syracuse's Teresa Cleland was the qualifying medalist after posting 3-over 75 on the Seymour Dunn layout.

"I love to practice and work at my game. To qualify that many times, I've got to be doing something right. Each one is a thrill to play in, sometimes you question if you're good enough to be here, but you're here. It's a really cool thing," said Cleland.

Debbie Johnson of Stamford, CT finished at 76 to secure the second qualifying position.