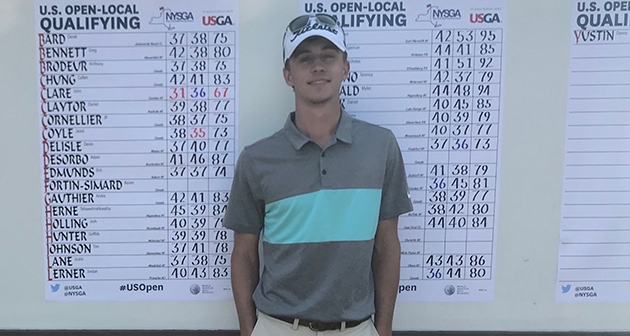 Clare, who played for the LeMoyne Dolphins and graduated last spring, birdied seven of his first eleven holes en route to a 5-under 67 to earn medalist honors. Thomas, Head Golf Professional at Metropolis Country Club, played in the qualifier’s final pairing and posted an even par 72 to grab the second spot and push out three tied at 73.

The local qualifier was the final conducted in New York for the 118th U.S. Open Championship at Shinnecock Hills Golf Club on June 14-17. Twenty-three sectional qualifying spots were awarded throughout the five New York sites, collectively hosting over 400 competitors.

Sectional qualifying will be conducted from May 21 – June 4 at twelve sites around the world, the closest option for New York players being Canoe Brook Country Club in Summit, N.J.