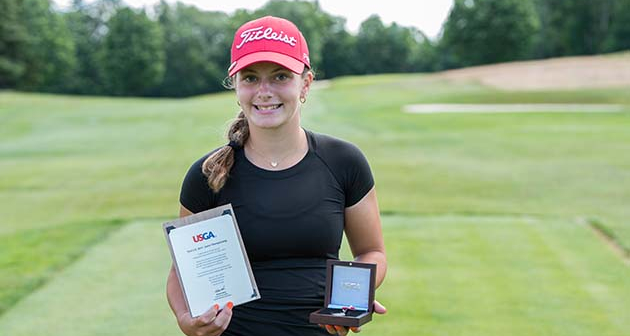 Swedick finished at 2-over 73 on the 6,014-yard layout, three-strokes ahead of AnneLea Lavoie, of Rome, and Leah Edwards, of Greensboro, N.C., who needed a playoff to determine the first and second alternate positions.

On the first playoff hole, Lavoie was able to make a bogey and take first alternate, while a double bogey left Edwards in the second alternate position.

Swedick birdied four of her last six holes to remove any doubt of her qualifying. She totaled six birdies on the round.

This is the second straight year that the 15-year-old Swedick qualified for the U.S. Girls’ Junior Amateur through a New York State Golf Association-conducted qualifier. She made it thru the stroke play rounds and into the round of 32 at Columbia Country Club in 2021 before falling to New Jersey’s Katie Li.

The Club at Olde Stone in Bowling Green, Ky. will host this year’s national tournament from July 18-23.