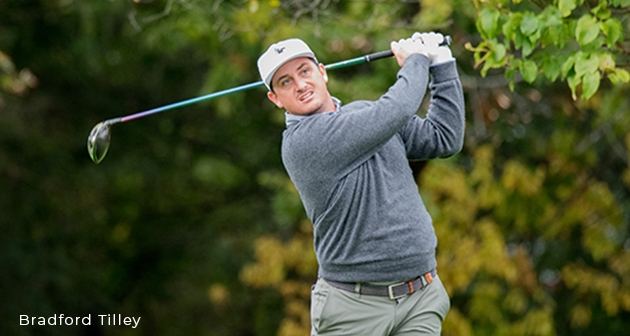 The popular digital golf publication made their selections based on World Amateur Golf Rankings, tournament results and national rankings. The six recognized from New York were:

Talia Campbell of New York City (originally from Dallas, Texas) was selected to the Women’s Mid-Amateur, 1st Team after advancing to the finals of the U.S. Women’s Mid-Amateur, where she faced off against fellow NYC resident Ina Kim-Schaad. It was Campbell’s first year of eligibility in the USGA Championship.

Yaroslav Merkulov of Penfield was selected to the Men’s Mid-Amateur, Honorable Mention after winning the Rochester District Men’s Amateur Championship, and advanced to the U.S. Mid-Amateur Quarterfinals. The four-time NYSGA Champion (Two NYS Men’s Amateurs, a NYS Junior Amateur, and a NYS Sub-Junior Amateur) regained his amateur status in May of 2019 after turning professional for a number of years.

Bradford Tilley of Easton, Connecticut (from Chappaqua, NY and a member at Sleepy Hollow CC) was selected to the Men’s Mid-Amateur, 2nd Team after winning the NYS Men’s Mid-Amateur at Tuscarora in record-setting fashion, and quickly followed with wins in the Westchester and Met Mid-Ams within a 10-day period. Tilley regained his amateur status in 2017 after playing pro golf for several years.

Brandon Wu of Scarsdale was selected as the Men’s Amateur Player of the Year after a red-hot season on the national amateur stage. The Stanford graduate not only helped his team win a NCAA national title in 2019, he also qualified for the U.S. Open and finished in a tie for 35th, was the U.S. Amateur medalist, and selected to this year’s U.S. Walker Cup team.