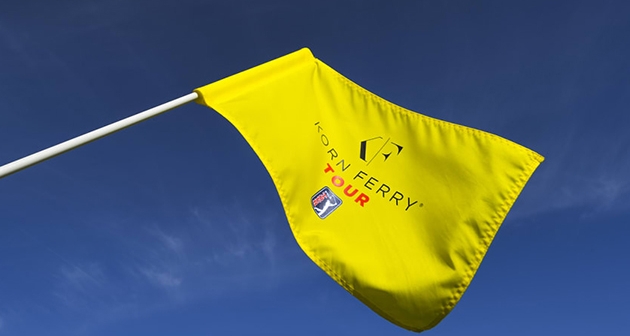 JAMESVILLE, NY– A half dozen players from New York State advanced through the second stage of Korn Ferry Tour Qualifying School (formerly the Web.com Tour), and will compete in the Final Stage at Orange County National in Winter Garden, Florida, December 12-15, 2019.

2015 NYS Men's Amateur Champion Trevor Sluman will also be competing in the final stage of the Korn Ferry Tour Q-School. He gained status for 2020 after finishing second on the PGA Tour Series - China's Order of Merit in 2019, but will be competing to try and further advance his status for next season.

30-year-old Campbell, who’s competed on the Korn Ferry and Latinoamerica Tours in recent years, snuck into the Final Stage at Bear Creek Golf Club in Murieta, CA with even-par 288 to capture the last advancing position.

Kelly, 26, took one of the last spots at Plantation Preserve Golf Club in Plantation, Fla., by posting 8-under and finished tied for 20th. The 2016 University of South Carolina grad earned conditional status on the MacKenzie Tour in his first year as a pro and and appeared in Korn Ferry Tour events from 2017-18.

22-year-old Nicholas, posted a 9-under 279 at Robert Trent Jones Highlands/Marshwood in Dothan, Alabama to take the 6th position. The recent Yale University graduate was the Metropolitan Golf Association’s Player of the Year in 2017 and recently turned pro.

Roy, 29, finished at 9-under 275 and finished tied for 13th at Plantation Preserve Golf Club in Plantation, Florida. He was a member of the Korn Ferry Tour last season, and is son of 5-time NYSGA champion Jim Roy (competes on Champions Tour).

22-year-old Wu, who competed on this year’s U.S. Walker Cup team and won a National Title with Stanford, unsurprisingly posted a top finish at Bear Creek Golf Club in Murieta, CA with 17-under 271. The recently turned pro competed in the U.S. Open as an amateur in 2019 at Pebble Beach.

By advancing to the Final Stage, the group of players are guaranteed at least conditional status on the Korn Ferry Tour for the 2020 season, with results from the Final determining if these players will earn guaranteed starts, and how they’re ordered on field lists early next season.

A number of players from New York State were unable to advance through their second stage qualifying sites including past Korn Ferry Tour player Bryan Bigley of Rotterdam (now resides in Charlotte, NC), Billy Gaffney of Williamsville, Gavin Hall of Pittsford, Michael Miller of Mount Kisco (qualified through Final Stage in 2018), and Chris Yeom of Flushing.