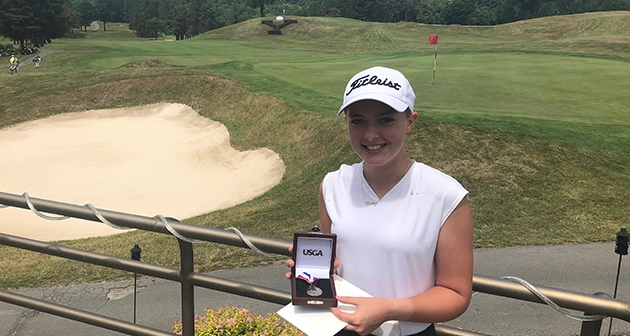 NEW HARTFORD, N.Y. -- In the U.S. Girls' Junior sectional qualifier at Yahnundasis Golf Club, Bailey Shoemaker of West Edmeston, Kaitlyn Lee of Scarsdale, and Lindsay May of Auburn qualified through to Poppy Hills Golf Course in Pebble Beach, California on July 16-21 for the 70th edition of the championship.

Both May and Shoemaker are past NYS Girls' Junior Amateur champions, with May claiming the title in 2016, and Shoemaker defending last year's title.

30 players attempted to qualify for the three available spots and two alternate spots into this year’s championship. The course was setup at 6,044 yards playing to a par of 72.