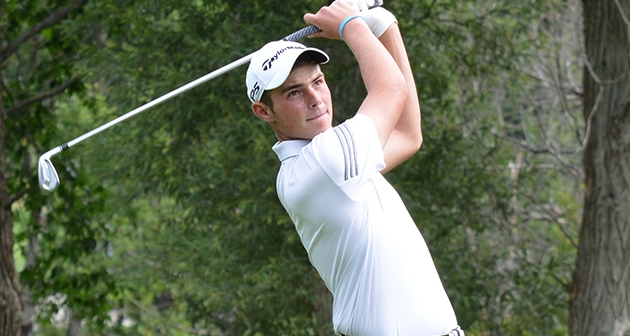 SPRINGFIELD, N.J. – New York had one of the largest showings of players representing any state at the 71st U.S. Junior Amateur at Baltusrol Golf Club this week.

The seven from the Empire State was the fourth most players from any state, behind California (19), Texas (10) and Florida (9).

Of the seven, only one advanced through the two-rounds of stroke play qualifying and into the match play bracket. That happened to be last year’s NYS Boys’ Junior Amateur runner-up.

The 18-year-old advanced to the Round of 64, where he fell to James Song of Rancho Santa Fe, California 3 and 2. He was the second oldest player in the field, only one day younger than Nick Willis of Cowpens, South Carolina.

Han, who was the 2017 NYSPHSAA champ, fell right on the cut line of 148. He was involved in an 8-for-3 playoff in which he was eliminated on the third hole.

During the metropolitan-area qualifier at Knollwood Country Club, Beney, Han, Kyriacou and Langille all advanced through at 70 and shared medalist honors. 2017 NYS Boys’ Sub-Junior champion, Luke Sample of New York, was first alternate.

At the Yahnundasis Golf Club, where the NYSGA conducted dual-qualifying for both junior championships in late June, co-medalist Jeremy Sisson shared honors at 70 with Aljandro Madariaga of Mexico, and Ian Rivers advanced in a sudden-death playoff. Jason Lohwater of Rochester was first alternate after losing to Rivers in extra holes.

Gerbavsits was the final player to qualify for the championship and did so at Union League National Golf Club in Swainton, NJ and shared co-medalist honors with the other two players who qualified at 72.

Langille and Rivers will return to New York and compete in the 77th NYS Boys’ Junior Amateur this coming week at Seven Oaks Golf Club along with alternates Lohwater and defending Sub-Junior champ, Sample, who will compete in the older division this year at 14 years old. Sisson, last year’s runner up who lost in a four-hole playoff to Jude Cummings, will turn 19 during the championship’s practice round, will be ineligible to compete.