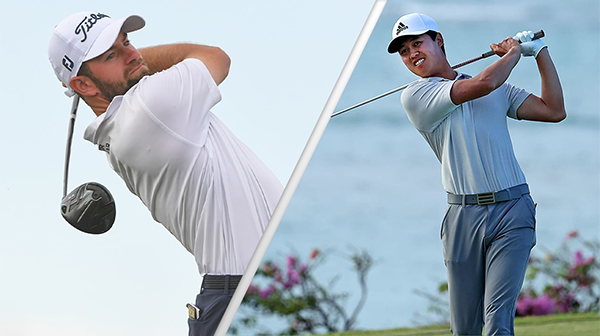 With just three championships left in the Korn Ferry Tour season, both Young and Wu are mathematically locked to finish in the top 25, therefore advancing to the PGA Tour.

Young, who graduated from Wake Forest in 2019, first earned a spot on the Korn Ferry Tour almost exactly a year ago. Playing in a Monday qualifier, he earned his spot in the Pinnacle Bank Championship, and ended up finishing T11. After that, he rattled off a stretch of three more top-15 finishes, including T14 at WinCo Foods Portland Open, T6 at Albertsons Boise Open and T2 at the Nationwide Children’s Hospital Championship.

This stretch earned the 24-year-old temporary membership for the rest of the Korn Ferry Tour season. He won his first two Korn Ferry events in consecutive weeks: the AdventHealth Championship and the Evan Scholars Invitational. That pushed him up to No. 13 on the points leaderboard. Since then, Young has finished top five in one event, the Live and Work in Maine Open. He currently sits at No. 18 as the season comes to a close in less than a month.

Wu, the former Stanford University golfer, posted seven top-ten finishes this season, and has been in the conversation for Korn Ferry Tour Player of the Year. Similar to Young, he tried to break into the Tour via Monday qualifiers.

His first opportunity came last year in late July, when he gained entry to the Price Cutter Charity Championship on conditional status thanks to a number of withdrawals in the field. He finished T9 in the event, then finished T2 at the Albertsons Boise Open before winning the 2020 Korn Ferry Tour Championship.

Since then, the 24-year-old has finished in the top ten in four events, and was ranked as high as No. 4 in the Korn Ferry Tour Points List. He’s currently No. 17.

The Korn Ferry Tour continues with the 2021 Albertsons Boise Open on August 19-22. Afterwards is the Nationwide Children’s Hospital, followed by the finale, Korn Ferry Tour Championship on September 2-5.