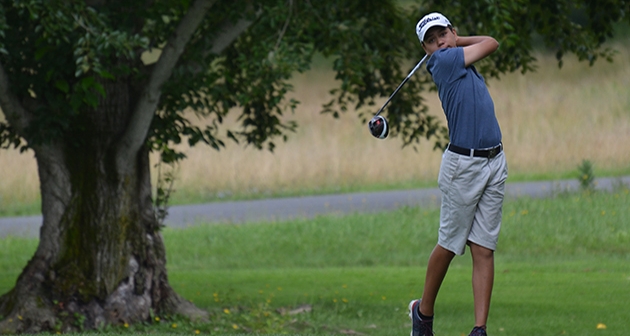 HAMILTON, N.Y. -- Luke Sample came in at even-par during the opening round of the 61st New York State Boys’ Sub-Junior Amateur Championship at Seven Oaks Golf Club to lead the field by two strokes.

Alongside Sample in the tomorrow’s final pairing will be Anthony Delisanti of Willowbrook Golf Club and Johnny Gruninger of Bellevue Country Club.

Sample and Gruninger were paired together today and teed off on #10 in the afternoon wave. Gruninger was ahead of Sample after the front-nine, but slipped on the backside while Sample held his composure. “You always want to play with good players, Sample mentioned. “It keeps you focused the whole way through. I’d be happy again to play with either of the two tomorrow,” referring to Gruninger and Shawn Collela (last year's runner-up) out of Macellus Golf Club who shot a 5-over 77.

The Boys’ Sub-Junior division is set to tee off #1 tomorrow in the morning wave, beginning at 7:30am.