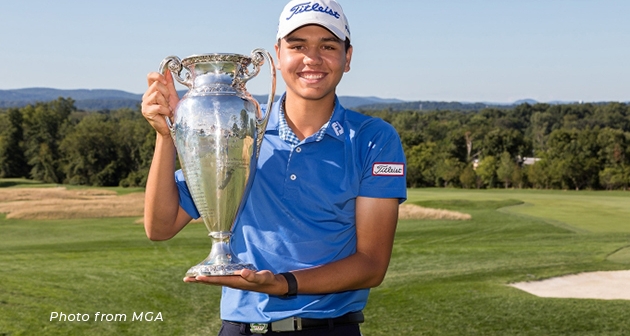 He sealed a three-stroke victory by shooting 68 (-3) in the final round, to finish at 8-under 205 at Mountain Ridge Golf Club in New Jersey.

Stotz was the last amateur to win in 2005 at Old Westbury. Johnson Wagner was previously the youngest winner at 21 years and 5 months old, during his 2001 victory at Bethpage State Park's Black Course.

Sample, who now plays out of Old Oaks Country Club had a banner season in the Met region, capturing the Met Junior, finishing as Met Amateur runner-up, and then capping off the summer with a historic win at the Met Open. He’s the first player to win the Met Open and Met Junior in the same year.