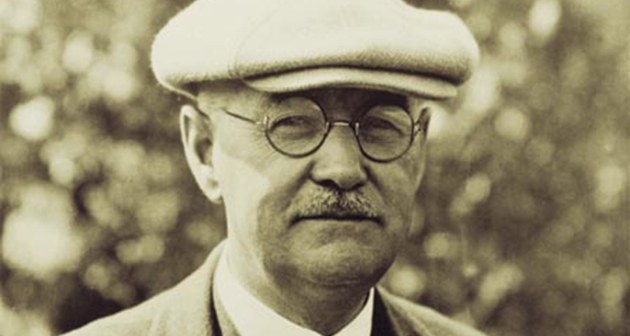 An essay by Chris Buie, Author of "The Life & Times of Donald Ross"

Donald was not the first of his family to work in New York. His father Murdo (short for Murdoch) came over to help construct the Capitol Building in Albany. It went so well that he intended to bring the family over from Scotland permanently. Alas, this plan of Murdo’s never came to fruition. Or rather, it took another generation for this family to realize the American Dream.

Donald Ross not only lived the American Dream; he was one of its builders. Prior to his 1899 arrival in New York City, golf was not a fundamental part of American civic life. Although the games’ establishment in the States had a few key advocates, no one played a larger role than did Ross. 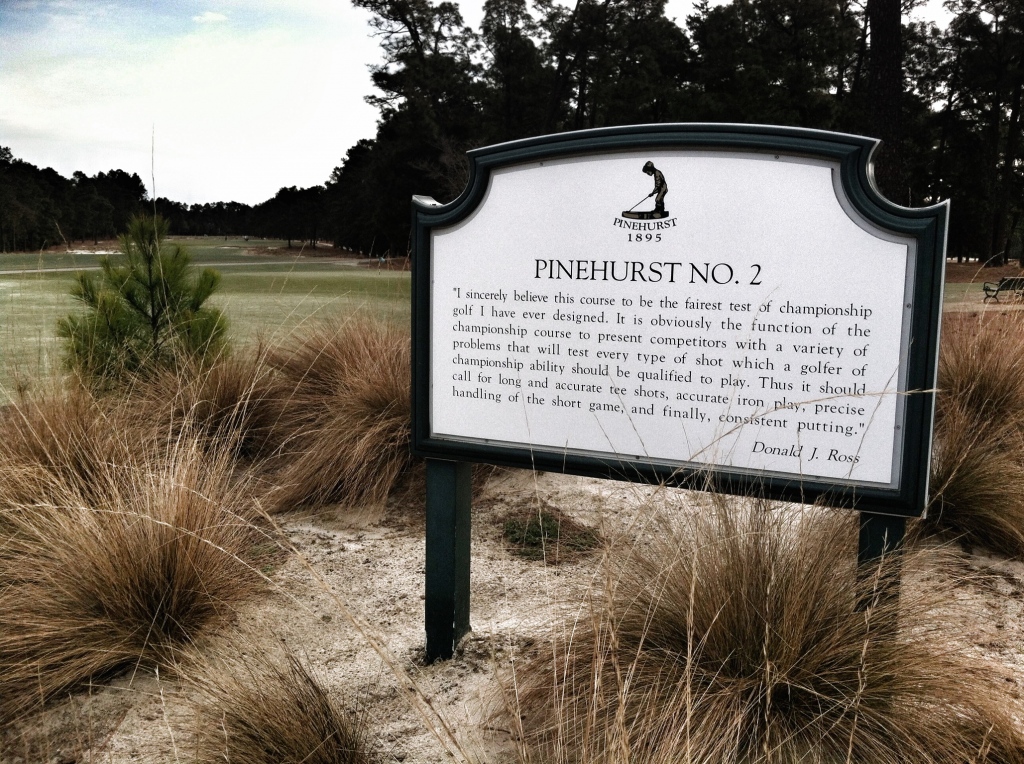 His base in Pinehurst quickly became the mecca for early golfing enthusiasts. So taken with the Carolina presentation were many visitors that they ended up drafting the Scotsman to bring a proper version to their towns. Many of those visitors were from across New York State. Ross is credited with some 32 designs in this state alone.

Ross built a course named Fox Hills on Staten Island for his friend (the pencil king) Eberhard Faber. Fox Hills is no longer with us, but he worked his way up the Hudson, through the Catskills, along the Great Lakes and through the hills into the Adirondacks.

During the research for my recent biography (The Life & Times of Donald Ross) one point that quickly stood out is that he built so many courses in the Rochester area that it could almost be considered Pinehurst North!

The 36-hole complex at Oak Hill is contiguous with the 18 holes of Irondequoit. About 600 yards away from there is the Country Club of Rochester. That makes for 72 Ross holes in tight proximity. 90 holes if you count the Monroe Golf Club, which is a mile and a halfaway.

Having hosted numerous majors, the golfing world is quite familiar with Oak Hill. The general American golfer is probably not aware of how very fine the rest of those courses are. The exceptional quality has not escaped the eye of the NYSGA, though. The Rochester courses listed above are mainstays of their tournament rota.

Another unexpected find in the research was the fact Ross created/remodeled/collaborated on 12 courses for which he has not been previously credited. Two of these are still being played in New York.

Schroon Lake in the Adirondacks is one. The other was the original design for nine holes at Durand-Eastman Park in Rochester.

Although Ross's heyday was the Roaring Twenties, "flashy" would not be a word used to describe the man. He was a product of the austere world of the 19th Century Highlands and it stayed with him for the duration. It informed his lifestyle and even his design philosophy. There were no holes where flash was used for its own sake. However, among the 5,000 plus holes he crafted, there was a rare kind he would incorporate from time to time: the Volcano Hole! It was about as dramatic as the man got. 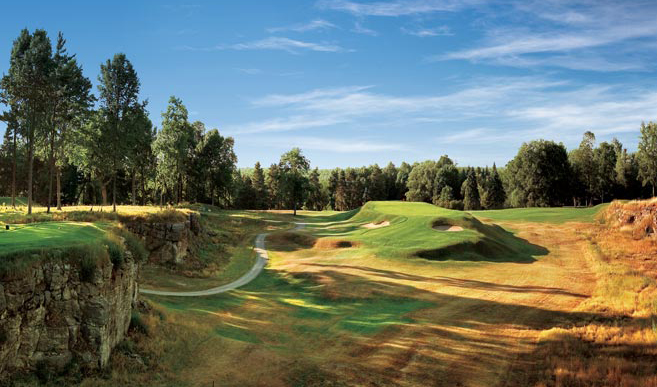 Simply put, a 'volcano' featured an area sharply pushed up from flattish terrain. The green was usually angled and about 90' x 60'. These mini- mountains were used to great effect at places like Roaring Gap and Bald Peak Colony Club. However, the finest use of the volcano is found at the Country Club of Buffalo. It is perfectly framed by the edges of an old quarry and looks on uninterrupted for some distance into a forested hill. Toward the end of an autumn afternoon, when the grasses and leaves have turned and the shadows stretch over the landscape it is one of the more magical points of inland golf.

It's called "the Pulpit Hole" and it is one of Ross's crown jewels.

One of the myths that had been floating around prior to writing the book was that Ross never worked in Long Island. This was a curious fact given the area was (and remains) such a golf rich area.

A simple check of the records indicated he built the original nine holes at North Fork. Beyond NFCC, there did not appear to be anything further by Ross. But, due to the efforts of some expert researchers that appearance did not last long.

Benjamin Litman found documentation that Ross consulted at Quogue near the Hamptons. The full extent of his efforts there are unknown.

By the way, did you know Quogue has the same kind of ‘church pews’ as Oakmont?

As with many courses of the day, Hempstead was subsequently revamped by another architect. In this case, it was the great A.W. Tillinghast.

If Ross wasn’t so involved on Long Island, he was certainly active in the areas around the city.

There are dramatics behind the development of every course. Sometimes we know them – sometimes they’ve been lost to history.

Teugega in Rome is highly regarded among architectural enthusiasts. Given the fact that it received special attention, there is no surprise it turned out particularly well. What is surprising, is the reason it received special attention: it was the home club of his fiancé. They grew close during his work on the course and, like any man, he wanted to impress the woman he was courting.

His Scottish wife had passed away the year before his engagement to Susan Aldridge of Rome. Sadly, Ms. Aldridge passed away just months after their 1923 engagement. Donald was at her bedside to the end.

Although those all-too-brief passions have faded from the picture, perhaps there is still something about that engagement reflected in the nature of the course.

On a lighter note, the Glens Falls course had its own interesting turns during construction.

A small Klondike rush was started here yesterday when workmen laying out the new golf course...discovered a large piece of dirt in which the unmistakable traces of gold were present...the men knocked off work and figured out how much would be necessary to buy the land, erect smelters and otherwise prepare for extensive mining operations...The dirt and gold was in a lump the size of a man's head and glittered in the sunlight.

Unfortunately for the workmen, their visions of wealth came to a swift end. It had already been determined that, although the land had traces of gold, it was not sufficient in quantity to warrant mining.

Glens Falls also serves as a perfect example of how prominent citizens connected with Ross to bring high caliber golf to their hometowns.

Hon. Addison B. Colvin, ...went to Pinehurst...where he has spent several winters with his family, simply to become better acquainted with Donald J. Ross and receive through him - advice and instructions which might benefit the Glens Falls Country Club, of which institution Mr. Ross is directing constructor.

Through Mr. Ross, the Glens Falls man has formed the acquaintance of all the 300 or more golfers at Pinehurst, and he is improving this exceptional opportunity to learn all possible to benefit himself as chairman of the greens committee of the local organization. Mr. Ross and Mr. Colvin are together quite a little, and frequently are seen playing one of the three great courses that comprise the Pinehurst links.

The former State Treasurer’s diligence in seeing that GFCC attain maximum quality is an apt example of what happened with many of the fine clubs Ross worked with. He was a master of the full spectrum of issues at golf clubs.

Since, he was keen to make sure the game was properly established in his adopted country, he was only too happy to provide guidance with matters beyond the designing of the course.

The bulk of Ross’s portfolio was not world famous courses. Most were classically structured to provide proper golf with an eye toward the native beauty of each locale. Classical in any form essentially means the item will stand the test of time admirably. Is there a better way to describe Mr. Ross’s work? If you ask the patrons of Ross’s collection of New York courses, you will find they fully agree with that description.

As brilliant as the man was, his work would have disappeared without the many talented people and organizations who’ve maintained these courses through the years. Having examined the man’s nature in depth, it was clear that he was not one to hand out praise easily. But, there is no doubt he would be greatly impressed to see both the game and his courses thriving in New York today.

He was a great proponent of the organizations which kept that vitality going. The following excerpt was to a leading greenskeeper. Still, this 1926 letter conveys his sense of such matters:

I have read most carefully the prospectus you have drawn up...It would be a splendid thing for golf in general if such an Association could be organized on the lines you suggest...The wonderful developments of golf in the country is largely due to their unselfish efforts and hard work... with leaders of your type and Association would unquestionably be a great success, not only from the standpoint of the members but also from the clubs...

Donald Ross knew the game he’d spent his life building up would not remain healthy without the presence of well-run organizations. He belonged to many. Having just virtually spent two years with the man, I have no doubt he would be proud to be an honorary member of the New York State Golf Association.

Ross was elected into the New York State Golf Association Hall of Fame in 2015 at the Country Club of Rochester for his outstanding influence among New York clubs. Ross designed or renovated 30 courses in New York State including arguably one of his greatest designs, Oak Hill Country Club.

If your interested in learning more about Chris Buie's new book "The Life & Times of Donald Ross", you can check out his website here.