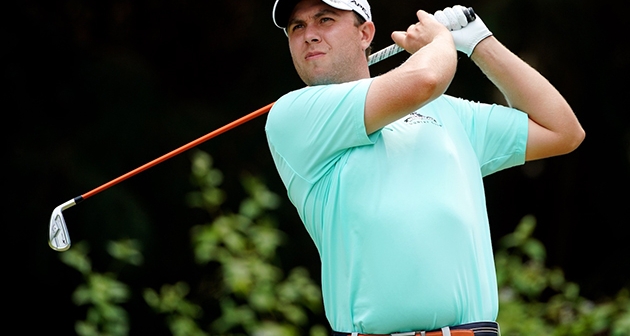 Sunday’s fourth round was cancelled, due the death of Malaysia’s Arie Irawan earlier that morning, and Sluman was leading the field by two strokes through the first three rounds.

The past NYS Men’s Amateur Champion (won in 2015), shot a 6-under 66 Saturday and ahead by two strokes before the final round cancellation. He finished the tournament at 18-under.

“My heart goes out to Arie’s family and his beautiful wife, Marina. Along with the rest of the Tour, we are thinking about them at this time. It’s very bittersweet today, and I think the rest of the year will be dedicated to Arie and the impact he had on this Tour,” Sluman said to PGA TOUR Series-China media.

The official victory boosted him into the second spot on the Order of Merit, in which the top-5 players at the end of the season earn Web.com Tour cards for the following year. In the tour’s first 2019 event, the Chongqing Championship in March, Sluman finished T5.

This is Sluman’s second season on the PGA TOUR Series-China. Last year, he played in all 14 tournaments without missing a cut. He finished with four top-10s, including a runner-up finish in 2018.

He turned professional in 2016 and is the nephew of longtime professional Jeff Sluman of Rochester. He won the NYS Men's Amateur in 2015 at Turning Stone Resort's Kaluhyat Golf Club by two strokes.