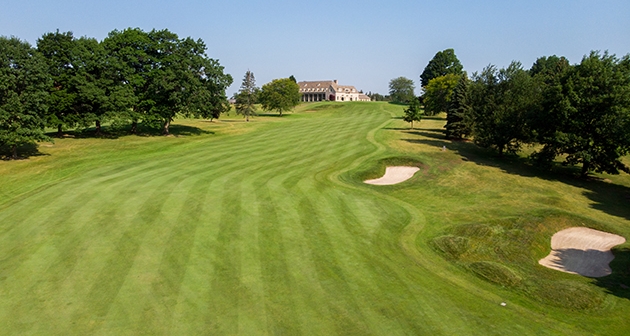 JAMESVILLE, N.Y.-- The New York State Golf Association (NYSGA) has announced the cancellation of the remaining 2020 NYSGA championship schedule due to current state guidelines restricting travel between regions to compete in tournaments.

The canceled NYSGA championships include:

Interim Guidance for Sports and Recreation During to COVID-19 Public Health Emergency was published by the NYS Department of Health on June 18. Included in these guidelines is a prohibition on individuals traveling between regions (updated on July 7 to include their contiguous counties) to compete in tournaments. The NYSGA is unable to conduct state-wide championships with such restrictions in place.

“It is with great regret that the NYSGA is forced by circumstances to cancel the remainder of its championships,” said Joe Enright, NYSGA President. “After conferences and communication among our tournament staff, board and championship committee, our scheduled host clubs, and state representatives, it has become obvious that these cancellations are necessary.”

It was the NYSGA’s intention to conduct these six championships because they could most easily be administered under rigorous CDC approved policies and procedures meant to minimize the risk for exposure to the Coronavirus. Additional changes had been adopted to further minimize the risk, including changing schedules and formats, reducing field sizes, cancelling sectional qualifying and practice rounds, prohibiting caddies, and restricting spectators and volunteers.

“We were in the final planning stage for the NYS Boys’ 18U Junior and Men’s Amateur Championships, while guidelines still did not permit us to host these competitions,” noted Andrew Hickey, Assistant Executive Director of the NYSGA. “It was wishful thinking to expect regulations to change in our favor, especially without any indication of what metrics would have to be reached for that to even be a possibility. It was in the best interest of our host clubs, volunteers, and competitors to make this decision at this time.”

“The safety of our participants remains of paramount importance and the NYSGA will continue to rigorously adhere to the state regulations meant to preserve the safety of all,” said Enright. “Hopefully next season will return us to a more familiar normalcy and we can resume play across the state.”

The NYSGA thanks our membership for their support, understanding and patience throughout this unique golf season. We remain committed to serving the game of golf and the safe enjoyment as we further navigate through this period of uncertainty.