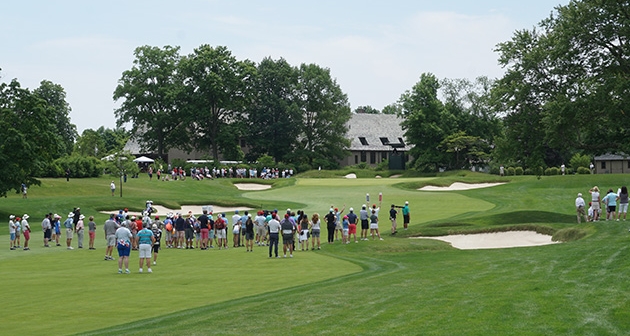 SCARSDALE, N.Y. -- Quaker Ridge Golf Club has officially been added to the Department of Interior's National Register of Historic Places. This designation became official on Nov. 23rd 2020, when the club recieved the approval from New York State and the National Parks Service.

The club located in Scarsdale, joins its neighbor Winged Foot, along with Augusta National, Baltusrol, Merion and Shinnecock Hills as properties recognized for golf course and design features.

Like Winged Foot, the club was designed by legendary golf course architect A.W. Tillinghast in 1916 (club opened in 1918), who went on to influence many great golf courses around the country.

Nationally, the club is one of three venues in the United States to host both a Walker Cup (1997) and a Curtis Cup (2018). It also has supported many local amateur golf tournaments over the years, including both MGA and WGA Championships, their annual Hochster Memorial Invitational, among others.