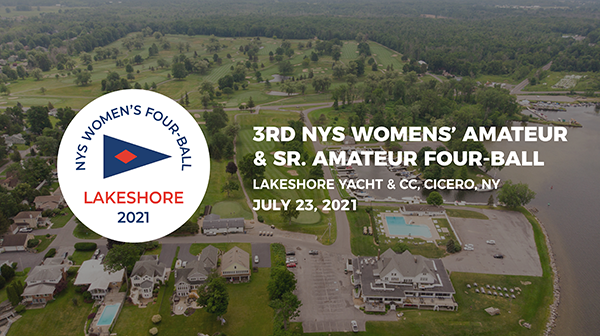 The championship will take place on Friday with the 32 sides (64 golfers) playing 18 holes of four-ball stroke play. There will be a net and gross winner in each division. The entire field will tee off with a shotgun start set for 1:30 pm.

Other New York State champions in the field

Lakeshore Yacht & Country Club was established in 1860 and is nestled on 150-picturesque acres on the south shore of Oneida Lake. The club’s par-72, 18-hole golf course originally opened for play in 1928 and has since been renovated by golf course architect, Stephen Kay. Formerly named Syracuse Yacht & CC, the current incarnation, Lakeshore YCC, was instituted in 1954 and remains one of the premier golf and country club experiences in Central New York.