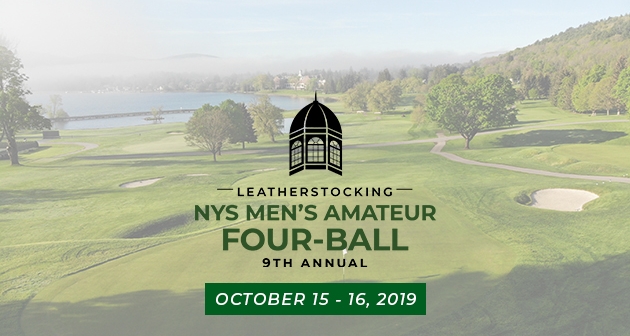 The championship which was rescheduled from May, begins on Tuesday with the 38 sides (18 in Open Division, 20 in Senior Division) playing 18 holes of four-ball stroke play. The entire field will tee off with a shotgun start set for 12:00pm. The second and final round will be a second 18 holes of four-ball stroke play on Wednesday with a shotgun start at 10:00am.

LEATHERSTOCKING GOLF COURSE
One of the East's most scenic and challenging resort golf courses, Leatherstocking offers a premier golfing experience in one of the country's most picturesque natural settings. Designed in 1909 by Devereux Emmet, the course features a natural contour terrain that sweeps along the western shoreline of Lake Otsego and offers gorgeous views from varying elevations.