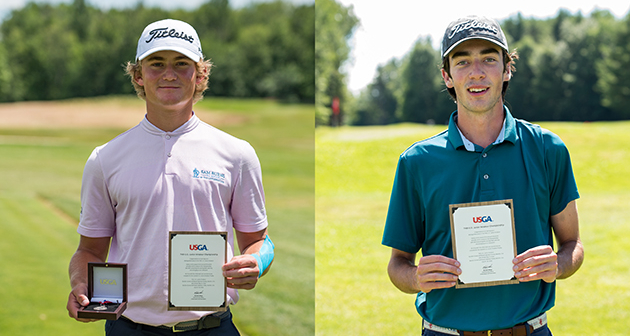 The Rye native finished as the medalist at 3-under 67 with the course playing at 6,454 yards. He bounced back from an early bogey on the par-four second, and never surrendered another stroke for the remainder of his round. He finished four strokes ahead of the two players tied for second.

Velton Perry, of Syracuse, and Canadian Malik Dao tied at 1-over and went to a playoff to decide the second qualifying spot.

On the first playoff hole (No. 10), Perry stuck his approach shot within five feet. He tapped in for birdie and secured the qualifying position as Dao two-putted for par and fell to the first alternate spot.

Four players came in at 2-over and also went to a playoff to claim the second alternate position. Eduardo Ramirez (Mexico), Kellen Dean (Saratoga Springs), Jackson Saroney (Syracuse) and Chris Cervini (South Carolina) would battle it it out over two holes, with Saroney coming out on top.