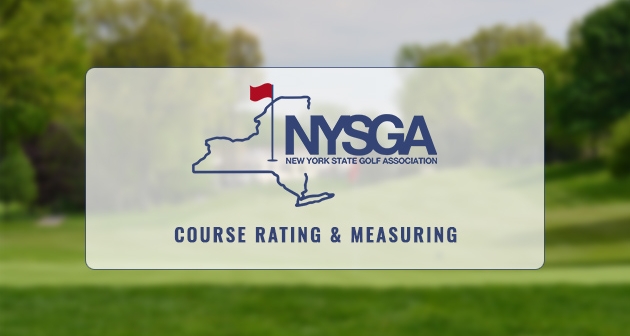 In taking on this role, Grajko will be tasked with overseeing the various regional Course Rating teams within the NYSGA’s territory and will coordinate course ratings for clubs in need throughout each golf season.

Grajko will utilize his strong background in education to focus on the redevelopment of the association’s recruiting, education and training tactics to further advance the NYSGA’s statewide efforts of servicing and monitoring member clubs. He will begin his position in March, reporting directly to the NYSGA’s Executive Director, Bill Moore, while working closely with former Director of Course Rating & Measuring, Al Stockholm and regional team leaders to help streamline the changeover.

“We’re looking forward to bringing Phil on board and believe that his background in educational leadership will translate well into leading our team of course rating volunteers,” said Moore. “With Al’s commitment to help during the transition, we’re confident that the change will bring continued improvement to our team’s practices, execution, and the overall department efforts.”

Stockholm, who announced his retirement during the fall of 2017, was hired as the NYSGA’s Course Rating Director in 2005, and has rated over four hundred courses across New York throughout the years. Prior to joining the NYSGA staff, he spent the four previous years as a team leader with the organization and had volunteered for the Syracuse District Golf Association since 1998. Before he discovered course rating, Stockholm spent thirty-three years working in the Physical Education Department at SUNY Cortland prior to his retirement. Moving forward, he will remain a NYSGA Sectional Affairs Committee member and a valuable resource for the association’s staff and its volunteers alike.

“I’ve thoroughly enjoyed my course rating years with the NYSGA and the challenge of utilizing the USGA’s complex rating system to arrive at a correct course rating. The countless hours on the golf course cooperatively working with our NYSGA raters has been very rewarding and satisfying,” said Stockholm. “I wish Phil nothing but success in taking over the department’s leadership and look forward to assisting any way I can.”

Incoming Grajko, brings over fifty years of experience in educational administration that dates to 1965 when, after completing his undergraduate degree at SUNY Oswego in 1965, he began his first teaching position at Skaneateles Central School District. In the years that followed he achieved his Master’s in Educational Administration in 1970 and went on to fulfill several roles, serving as Principal, Assistant Superintendent, Superintendent of Schools, and Education Director.

Association officials believe that his approach to leading the NYSGA’s Course Rating program will effectively build up strong volunteer-based regional teams that can eventually become self-sufficient, and will have the ability to monitor their own territories.

“I’m very excited about this new opportunity,” said Grajko, “I’ve been playing golf for over forty years in New York and North Carolina and look forward to enhancing the continued public enjoyment of the game through my efforts in course rating and measuring services.”

Born and raised in Central New York, Grajko has been a longtime resident of the area, although he’s lived all around the country including time in Southern Florida, Southern California, Arizona and North Carolina. He currently resides in Skaneateles with his wife. Together they have two daughters, and five grandchildren.