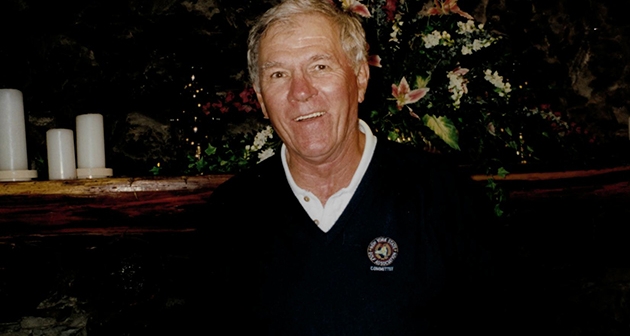 After proudly serving as a 1st Lieutenant in the US Army for three years, Pat held a long career as an Area Manager for Cooley Business Forms Co in Syracuse, New York until his retirement in 1995 after a 30-year career.

He then fulfilled his passion in golf by taking on the Executive Director position, which he held until 2003. Prior to his position with the NYSGA, he was a highly-involved committee member, holding office as Secretary, 2nd Vice President, 1st Vice President, and was President of the Association from 1987-89.

Pat loved family, people, golf and Syracuse University sports. He lived each day of his life with great integrity exemplified by the character of a true gentleman. Many of his best memories were on the golf course at Oak Hill CC in Rochester, N.Y. where he was a club champion in 1963, Bellevue CC in Syracuse, N.Y. where he also won a club championship in 1967 and lastly at Bear Lakes CC in West Palm Beach where he won a senior club championship in 2004. Pat's other golf accomplishments include qualifying for two USGA Junior championships and being recognized for his volunteer work with the USGA and the PBCGA. Pat worked 26 consecutive USGA Junior championships across the country.

Please consider a donation to the NYSGA's foundation in honor of Pat and his legacy at the association. Proceeds will go towards the refurbishment of the J. Patrick Keenan NYS Boys' Sub-Junior Amateur Trophy, a NYSGA championship trophy in honor of our former leader who was a strong supporter and steward of junior golf.