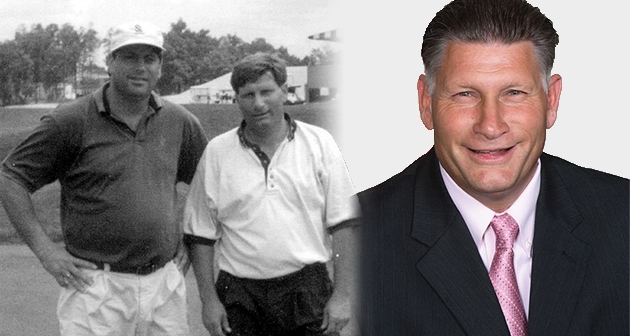 The East Rochester native passed away on Christmas Eve at the age of 62 and reminded many around the state of both his prominence in amateur golf and his selfless dedication to public service.

Related: 13WHAM News Story: Someone You Should Know, Dave Bonacchi

Bonacchi was a frequent player at both Rochester District Golf Association and New York State Golf Association tournaments throughout his competitive years, which he eventually pushed aside to focus on his professional career.

His career in public service began when he joined the US Army during the mid-70’s. Afterwards, he returned to his hometown of East Rochester and was a police officer (Sergeant) for over 35 years, was elected Mayor and most-recently served as Town Justice. He held this position up until November, where he ran unopposed for another term and was re-elected, but had to step down due to the brain cancer diagnoses he had received a few months earlier.

The year Bonacchi won the Men's Amateur, it was the first time that the recently-constructed course in Victor had hosted an amateur championship of any kind since the club opened its doors just three years earlier. Male amateur golfers across New York were excited to test themselves against the best around the state on the tricky 6,919-yard championship design.

Bonacchi, who played out of Blue Heron Hills, had earned the 4th seed after the Championship’s stroke play qualifying rounds with a two-round total of 149. He finished three strokes off the qualifying medalist, Malcolm Smith from Long Island.

During the match play rounds, the 38-year-old “Mid-Am” faced off against players that were much younger, (his first opponent by 21 years!) and were outdriving him by 50 to 60 yards on average. The older, wiser player had the advantage of his safe, tactical play and worked his way through the bracket. The closest to him in age preceding his match against his 37-year-old brother was qualifying medalist and five-time Met Section champ, Malcolm Smith at 27. He knocked off Smith 3&2 and continued his same approach to secure a spot in the following day’s 36-hole match play final.

His brother Paul, who was seeded 10th entering match play, defeated two opponents 4&3 and the other two 1-up in 19 holes to steer himself into the final. 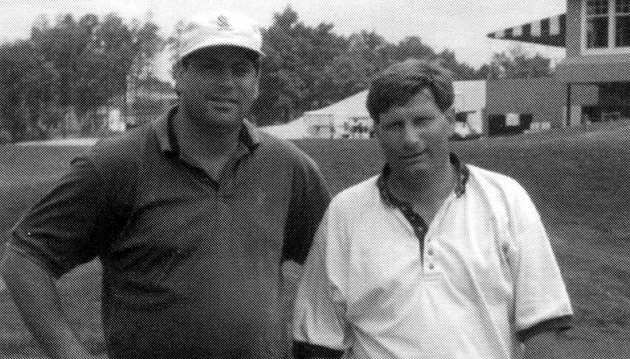 Ten area players had advanced into the bracket of 32, but the odds of the final 36-hole championship match would be played between two brothers from twenty minutes down the road? Unlikely.

The brothers had spoken on Thursday evening about the possibility of them meeting in the finals on Saturday, but with two more matches each and quite a few very talented players still around, it was hardly a convincing thought for either of them.

When the Friday matches finished and the Bonacchi brothers’ faceoff was slated for the next morning, they both had bittersweet feelings about the matchup, knowing that one of them was going to inevitably lose, but excited that their last name would be inscribed onto the prestigious Ganson Depew Cup for the rest of its existence.

Since the NYSGA began conducting state amateur golf championships in 1923, the 1994 NYS Men’s Amateur has been the only time that two siblings have faced off in a championship match or have been paired together in a final-round leader group. It was a rare spectacle and memorable finish that will hold a special place in NYSGA history.

The NYSGA is saddened by the loss of Dave Bonacchi and we offer our condolences, sympathies and prayers to friends and family.