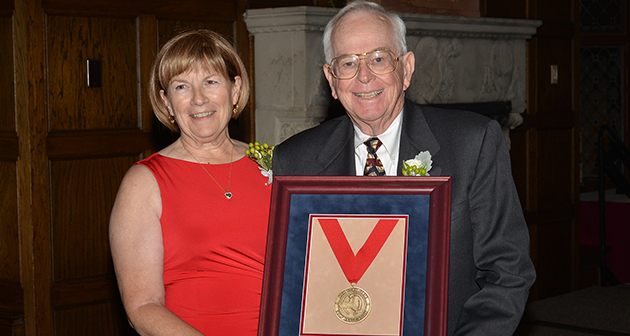 After graduating from Colgate University where he captained the golf team, he began his insurance career with Connecticut Mutual and eventually established his own agency, Don Allen Agency, Inc, which he successfully operated for nearly fifty years.

Allen was inducted into the NYSGA Hall of Fame as part of the inaugural class at Oak Hill Country Club in 2012. He was a longtime member of the Country Club of Rochester.

He was known as a fierce competitor in tournament play, but was fair, honorable and humble. His competitive golf career spanned over five decades, where he won more than eighty tournaments, has held thirteen competitive course records, and achieved great success on all levels of amateur golf competition.

The Pittsford insurance salesman still holds the second-most NYS Men’s Amateur titles behind Ray Billows with six victories from 1961-1973, three of which were in match play, and the later three when the tournament format was changed to stroke play.

Allen was a force to be reckoned with on the national amateur scene as well. From 1965-68, Allen played on two Walker Cup teams, two America’s Cup teams, was invited to play in four Master’s Tournaments, and had his best finishes in the eighteen U.S. Amateurs he appeared in, placing third in 1965, and sixth in 1966 (he also advanced to the quarterfinals in 1964).

He is survived by his wife, Boots Miller-Allen; his children: Molly, Chris, Tim, Rick (Dez), and his grandchildren: Abby, Reilly, and Alice.