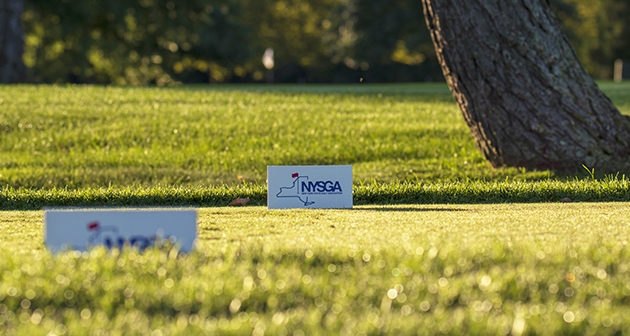 JAMESVILLE, N.Y. -- The New York State Golf Association (NYSGA) announced several major updates to its tournament schedule today, due to the evolving protocols and restrictions in place during the COVID-19 pandemic.

“Our (NYSGA Executive Committee’s) main priority is to preserve the safety of participants, staff, volunteers and club personnel under the guidance set forth by the CDC and New York State,” said NYSGA President Joe Enright. “Golf has provided a much-needed recreational outlet during these unprecedented times, and we hope that our members continue supporting their local golf clubs and play golf in a safe, responsible manner.”

The NYSGA has canceled the following championships in 2020:

“Canceling most of our competitive events was a difficult decision, but one that was made carefully with the best interests of our statewide community in mind,” said NYSGA Executive Director Bill Moore. “These changes are only temporary, and we have every intention of running a full schedule of events in 2021.”

The NYSGA plans to conduct the six championships listed below in 2020, providing the CDC recommendations and state/local government guidelines make it possible to do so.

“NYSGA leadership is working diligently to develop a comprehensive plan to conduct these championships in the safest manner possible,” notes Andrew Hickey, NYSGA Assistant Executive Director. “This plan is likely to include significant changes to the format, schedule, and conditions of these competitions. We will include safety procedures and guidelines which will require the complete compliance of everyone permitted on site.”

A few significant changes to these championships have already been approved:

The NYS Girls’ Junior 18U Championship, normally conducted concurrently with the boys, will be moved to a new date and site in order to reduce the overall field size of both events.

There will be no sectional qualifying for the NYS Men’s Amateur, Boys’ Junior 18U Amateur, and Men’s Mid-Amateur Championships. The selection process for these championships will be announced soon.

The NYSGA is thankful to our membership for their continued support, understanding and patience. We remain committed to serving the game of golf and its safe enjoyment as we navigate this period of great uncertainty.

Click here to view all general NYSGA updates and resources regarding the COVID-19 pandemic.