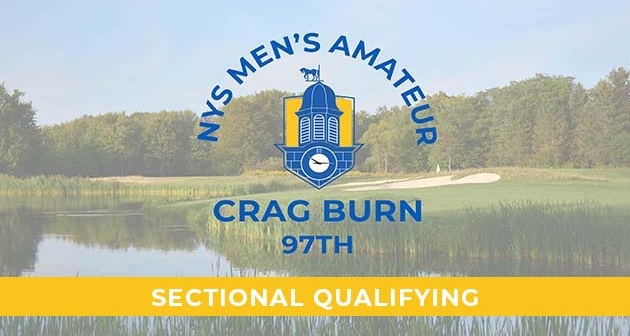 To be eligible, a player must have a Handicap Index not exceeding 8.4, and must be a member of the NYSGA, defined as either (1) belonging to an NYSGA member club or (2) joining the NYSGA as a 2019 NYSGA eClub Member.

Among this year’s total are 47 players, including 5 past champions, and 12 other New York State titleholders, who are fully exempt into the championship.

Sectional qualifying, played over 18 holes, will be conducted at 13 sites around New York from Friday, June 28 to Tuesday, July 16 at the following venues:

( ##/## denotes the number of players competing for an allocated number qualifying spots at each site.)

There will also be a “Last Chance” qualifier conducted on August 5th at a Buffalo-area club (to be decided). The qualifier will open to players who have not already attempted to qualify at a previous site. A limited number of spots will be allocated to this qualifier and will be announced later.